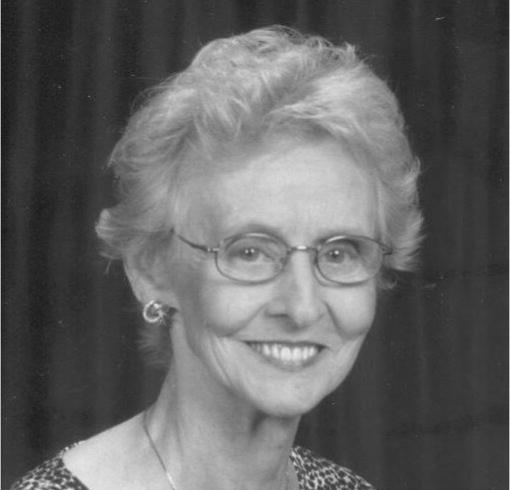 Ruby Fae Cornett Rose, of Totz, Kentucky, passed away on Tuesday, Dec. 8, 2020, in Anniston, Alabama, of complications from Alzheimer’s. Born on Jan. 11, 1937, at the family home on a small farm in Totz, she was the first-born daughter to loving parents, Hazel Sparkman Cornett and Lonzo Boaz Cornett. Ruby graduated from Cumberland High School and left her Kentucky home in the summer of 1955, moving to Cincinnati, Ohio, to follow her dream of living in the big city. She married there, and during her years as a faithful and devoted Army wife, she enjoyed seeing the world, living with her family in Germany, California, Maryland and Puerto Rico before retiring to Jacksonville, Alabama, in 1977. Once settled in Alabama, Ruby became a successful Realtor from 1981 to 2006, owning a Century 21 franchise and earning the Million Dollar lifetime achievement for sales. A “social butterfly,” according to her children, Ruby loved being around friends and had a variety of interests and activities, from dominoes, yoga and crocheting to traveling, singing and dancing. She followed the Lord in Believers Baptism on Nov. 10, 1996, at Westwood Baptist Church, Alexandria, Alabama. She was a faithful member of First Baptist Church of Jacksonville and especially loved her Sunday school class. Ruby always had a love of adventure. She went on many vacations with friends, including to the Northeast to visit Nova Scotia, Maine, Rhode Island and Vermont, the Northwest to visit Oregon, Yosemite and San Francisco, and many beautiful places in between. She especially loved traveling by cruise ship, visiting Hawaii and the Bahamas and Mexico on her travels. Ruby enjoyed the entertainment world, traveling from Branson to Broadway to enjoy performances by everyone from Loretta Lynn and Tom Jones to hit plays like “Oklahoma!” and “Chicago.” Music, song and dance were always in her heart. She loved to dance and, especially, loved to line dance. What Ruby cherished above all was spending time with her family, and she gloried in their achievements. Her most favorite times were gathered around the family table enjoying family meals and big birthday and holiday celebrations. Ruby always had a smile and hug for you and an optimistic spirit, and she will be remembered by all for her cheerfulness, her supportiveness and her capacity to love. She was an eternal peacekeeper and saw the best in everyone. Ruby was preceded in death by her father, Lonzo, in 1988 and her mother, Hazel, in 1996. She leaves behind to cherish her memory three children, Dinah Decker of Auburn, Alabama; Michael Rose (Cathy) of White Plains, Alabama and Dale Rose (Loni) of Lineville, Alabama, four grandchildren, Renee Pickette (Jim); Tatum Buchannan (Daniel); Adam Decker (Sydney) and Jessica Ledbetter (Geromy), seven great-grandchildren, Dylan, April, Mason, Jase, Jack Hudson, Molly, and Jackson Wyatt, two great-great grandchildren, Connor and Rosie, sister Rhoda Ison (Sherwood) and brother Alonzo “Buddy” Cornett (Nelda), a special family friend, Madeline (Maddie) Cross, and a host of other family and friends. All Services are Private. Interment will be in the Cam and Otta Cornett Memorial Cemetery in Totz. Serving as pallbearers will be Daniel Buckhannan, Bryan Lane, Geromy Ledbetter, Blake Watts, Randy Watts and Ricky Watts. Honorary pallbearers are Jase Buckhannan, Mason Buckhannan, Adam Decker and Jack Hudson Ledbetter. Mount Pleasant Funeral Home is honored to serve the family of Ms. Ruby Rose.