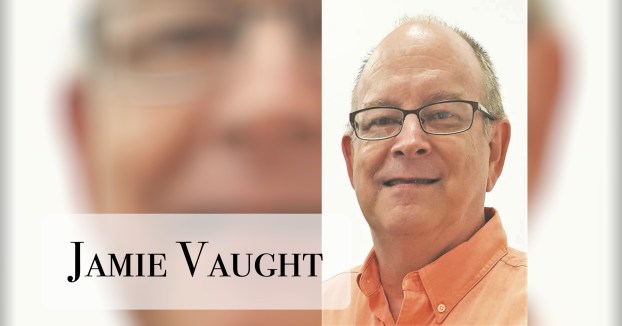 But the Big Blue Nation needs to watch out for another rookie guard by the name of Terrence Clarke, a consensus five-star prospect who is just about as good as the 6-foot-7 Boston. Like Boston, he can help the Wildcats in a big way.

A true athlete with explosive downtown jumpers as a 6-7, 194-pound shooting guard, Clarke is even rated higher at No. 11 overall than Boston (No. 12), according to the latest 2021 mock draft in NBADraft.net

Clarke said in a recent interview with the media that the transition from Brewster Academy in New Hampshire to UK has been enjoyable.

“Honestly, it’s fun. Growing up, you always thought of these situations,” said Clarke, who helped Brewster capture the 2019 National Prep Championship and also guided his team back to the 2020 finals with a 34-3 record before the COVID-19 pandemic canceled the rest of the event. “I always grew up watching basketball and watching guys on the court do these kinds of things (like interviews).

“So, me being in this position, I’m just taking full advantage of it and having as much fun as possible. I mean, the transition is kind of weird because I haven’t done it before, but I’m just trying to have as much fun as I can because this is a lifetime dream for me really.”

By the way, Clarke, who is from the city of Boston, has a favorite basketball memory which took place over 10 years ago. He got to watch the Celtics play and met Rajon Rando, a former Wildcat standout who played at Boston for several years. Clarke said he was really excited when approaching the star player.

“I stopped and froze,” said Clarke in a Boston.com article by Deyscha Smith. “I don’t know how the security let me do this, but I ran to him screaming, ‘Rondo! Rondo!’ I shut down crying and he said, ‘Keep working.’ That advice changed me.”

And the Kentucky freshman got to see Rondo several years later at a camp.

“I told him that I always looked up to [him] and he told me I was a great player,” added Clarke in Boston.com. “Hearing that from him was crazy.”

Clarke said he is very blessed as he is being compared to former Wildcat All-Americans like John Wall who have become NBA stars.

“I’ve always had this confidence where I think I can be a good basketball player, a great one,” commented Clarke, a former McDonalds All-American who enjoys having sour gummy worms and apple juice before games. “For me, just hearing that, it kind of gives me even more confidence to keep working on my game and playing as hard as I can.”

As one of the nation’s 20 best shooting guards, Clarke recently was chosen to the 2021 Jerry West Award watch list. Clarke is one of only two freshmen on this season’s preseason list.

Even while he was recruited by the Wildcats, Clarke realized that playing hoops at Kentucky is not for everyone.

“It’s kind of a challenge,” said Clarke. “I took it as a challenge, especially when I got here. The first thing that I knew was that this school wasn’t for everybody. It’s obviously things like you’re going to have to work 10 times harder than the next person and stuff like that. We have all types of five stars, great basketball players here and we have some transfers and stuff like that.

“So, every day is a battle. You have other schools where five-star recruits are kind of paved the way to the starting lineup spots, but here you have to work for your spot. When he (Coach Cal) says that this school isn’t for everybody, that means you have to be ready to work every day.”

UK coach John Calipari is definitely coaching him tough, according to Clarke.

“Every day. Day in and day out. Every practice,” said Clarke. “I feel like every day coach has something to say to me. I just kind of take it in and work as hard as I can to understand what he’s saying, because obviously Coach Cal is a great coach, one of the best college basketball coaches in the world. For him being on me every day, I just take it as him wanting me to be great and as good as possible. I just work as hard as I can every day.”

This past summer Clarke was invited to join his rookie teammates Devin Askew and BJ Boston to play and work out together in California. And he accepted the offer.

“The conversation was kind of brought up when my season at Brewster (Academy) was finished,” recalled Clarke. “Devin and BJ just told me that I could come out there and stay with them and work out with them. For me, those are my future teammates and I thought there would be no problem with it. Me, personally, I worked as hard as ever in Boston, but in LA we worked even hard. I feel like we worked out about four or five times a day, so I knew the situation would be great.

“I stayed with BJ for the time being. I stayed there for about a month, a month and a half probably. At the end of the day, we were just working. I knew that if I could get out there and work with my teammates, we could build chemistry early. Our main goal is to win a championship, so obviously that was a great situation.

“I think BJ is a great basketball player. I always thought so. One of the main things for me coming to Kentucky was BJ getting here, too. Ever since we were at camps like NBAP and Elite 100, we talked about teaming up at schools.

“Being at Kentucky, time will tell. We’re going to do some damage, I feel like, but we don’t really want to talk too much. I think the main thing for us is playing as a team. Even though we’re on the wings and stuff like that, we have other great basketball players like (7-foot) Olivier Sarr, Isaiah Jackson and Devin Askew. The list goes on. I feel like me and BJ being on the wings has complemented everybody else on the team.”

Kentucky, who is ranked No. 10 in the AP preseason Top 25 poll, opens its campaign on Wednesday, Nov. 25 when it faces Morehead State in the four-team Bluegrass Showcase at Rupp Arena.