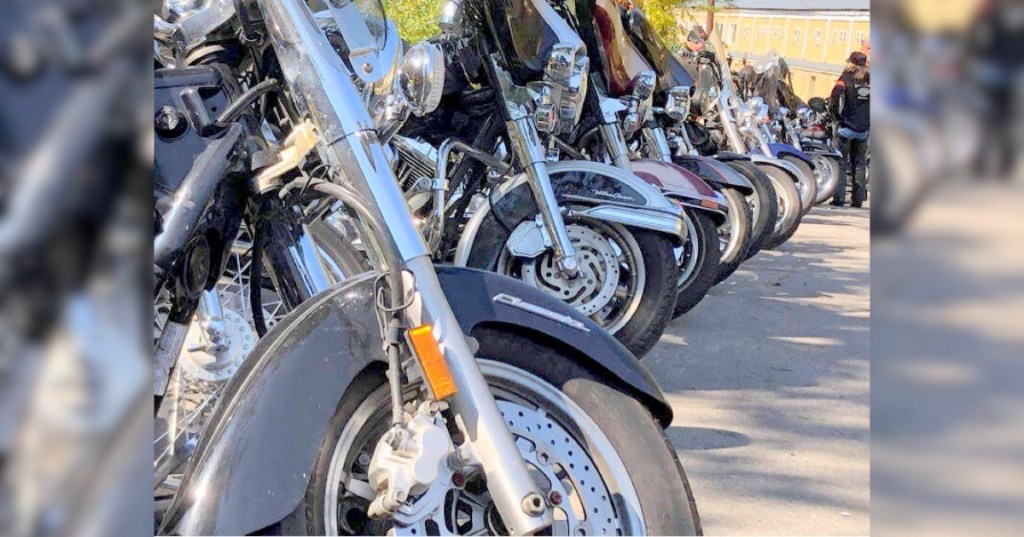 Backroads of Appalachia teamed up with locals this past Saturday to raise money for local mammograms so that low-income individuals would be able to get the care they need.

Bikers and drivers from all over southeastern Kentucky came to support breast cancer survivors and raise awareness, bringing in more than  600 donations to Harlan County before their ride for awareness across the Dragon Slayer.

Erik Hubbard, founder of the nonprofit that is dedicated to the Appalachian region, said more than 60 motorcycles and some Corvettes showed up to the event that raised more than $1,000 to be donated in full to MCHC in Harlan County to be used for mammograms.

“We did a pretty good justice for a lot of women to get a mammogram, just in case, for breast cancer awareness month,” he said.

Hubbard said a breast cancer survivor from Sevierville, Tennessee, attended the event with her friends as well to ride the Dragon Slayer with Backroads of Appalachia members and spent the night in Harlan County to enjoy more of its scenic beauty.

Riders from as far as Indiana, Ohio and Georgia also came in support of the event, taking the weekend to traverse some of the area’s curviest roads.

Hubbard’s nonprofit seeks to drive tourism and economic development into southeastern Kentucky and surrounding areas where not a lot of traffic would normally be seen. Through Backroads of Appalachia, however, Harlan County has seen an increase in tourism, especially as it pertains to motorsports and motorcycle enthusiasts.

“This year, we’ve had 13 events that have had a huge economic impact on the area, but again, the most important thing we stressed on this one was that we raise money to help people in Eastern Kentucky,” he said.

Hubbard said he also found it was important that a woman was there to lead the ride for awareness, noting Melisa Cordier to be one of the strongest he knows.

“Melisa is very talented and can keep up or even outdo any man on our roads in our local areas,” he said. “We’re proud of that and her riding abilities because not many women can do what she can.”

Cordier is the project coordinator for Backroads of Appalachia. She was born and raised in Yellow Banks and is a retired educator.

Hubbard said more events are underway in the coming weeks. The Appalachian Autobahn with the Porsche Club of America will be in Cumberland on Oct. 31, with next year’s schedule unlike anything locals have seen yet.

“Thanks to the donations from people throughout the area and across the United States, we as a nonprofit have survived 2020. That speaks volumes,” he said.

The Survivor in Me: Grubbs chooses faith over fear…