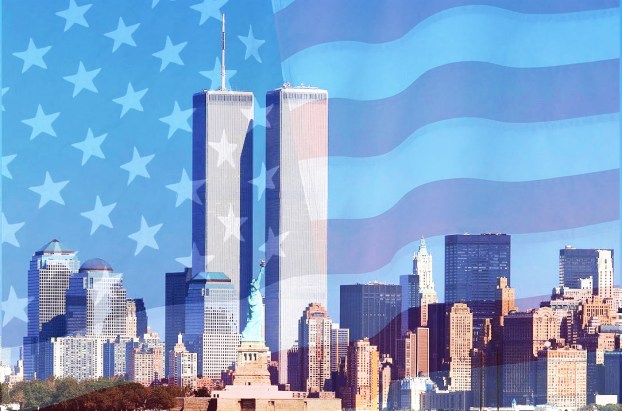 Flags were lowered across the nation to half-staff on Friday as thousands remembered a somber day in American history that brought down the World Trade Center on Sept. 11, 2001, in a series of airliner hijackings.

“It’s hard for me to believe that this terrible day where nearly 3,000 people lost their lives was half my life ago. I still vividly remember everything and every detail of that day,” said Harlan County Judge-Executive Dan Mosley when recollecting the day.

Mosley said many of the people on his social media platform weren’t even alive on 9/11 and others were so young, they don’t even remember the events of the day.

“It’s important that we educate our kids on the tragic events of that day, how that things changed to make our country safer from acts of terrorism, but also remind them that we are blessed to live in the greatest country in the world,” he said. “We should never take that for granted and we should be thankful for the men and women who have fought for our country, and those first responders who get up every day to protect you and me.”

After 9/11, Mosley said, the country was more united than it ever had been and he misses that unity.

“We each can be part of uniting our country rather than dividing it. I think social media adds to the division most times. It’s provided a pedestal for people to create division, oftentimes when the source of the division is fake or blatantly untrue. It can create hostility among people that have been lifelong friends. Sadly, I’ve seen it even divide families.

“A person once told me if someone makes you mad, forgive them anyway. However, make a circle on the calendar 30 days from that day they angered you, and if you get to that day and are still bothered, write the person a letter and let them know. In today’s world, we let our thumbs and our brains be more brave than our tongues and have way too many platforms to echo our sometimes irrational thoughts. We can all do better and we must teach our children to do better.”

Mosley said he prays that all of the U.S. citizens and its leaders recognize and appreciate, regardless of age, race, gender or political affiliation, “we are all Americans, we are all one nation under God, indivisible, with liberty and justice for all. That we have a biblical responsibility to love our neighbor, not hate them. That we have a moral obligation to do what is right and that all citizens have the great right to pursue the American Dream.”

As locals united in remembrance of 9/11, Mosley said, “Let us truly be the United States of America, not just called that in name alone.”