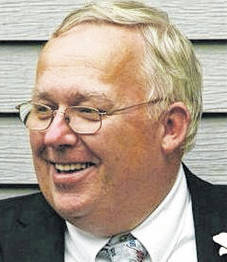 Preacher’s Point: The world of Antichrist

The last two weeks I’ve written about the signs of Christ’s return going on around the world. Worldwide pestilence, earthquakes in divers place, wars and rumors wars, massive locust swarms in Africa, and the list continues.

Through various forms of correspondence, I have received the following questions, “Is this the end of the world?” “Is Christ coming back soon?” “Are we in the Tribulation Period?” “Will we see Armageddon in a few months?”

This column will try, on the one hand, to calm people down somewhat; and, on the other hand, give the warning people need to hear.

Let us do the quick answers first.

“Is this the end of the world?” Until the rapture happens, we are at least 1,007 years from the end of this earth.

“Are we in the Tribulation Period?” – No. The Tribulation period begins when the Antichrist makes a seven-year covenant “with many” concerning Israel and the city of Jerusalem (Daniel 9:27). This event has yet to happen.

The big battle everyone thinks about is Armageddon. Well, two Biblical battles must take place before Armageddon (Psalm 83, Ezekiel 38-39). Also, Armageddon comes at the end of the seven-year tribulation period that has not yet started (see above).

As far as Christ return – Is it close? The Second Coming is the last event of the Tribulation Period, so, at this point, we have at least seven years before Christ sets foot on this earth again. However, the rapture (Christ appearing in the air and removing believers) could happen at any moment.

At this point, let us fill in some details about the future as Biblical prophecy explains it to us.

There will still be national borders at the time of the Antichrist. The Bible talks of other “kings” on earth with him. He will be running the show and calling the shots as the leaders of the world, will eventually be wrapped around his little finger.

The current pandemic is giving us an indication of how the world can unite behind a common enemy. People all over the globe are looking to their leaders for help and guidance. During the Tribulation, as the world is being rocked back and forth by the hand of God, people will look for a leader to get them through what will be happening. Wallah, we have the Antichrist – one man over all the nations.

Let us move on to the economy.

When I first became a Christian and interested in Biblical prophecy (1970s), I heard prophecy preachers preach that communism will be the economy of the Antichrist. Now, most teach it will be some form of socialism. Well, honestly, it could be any economic structure. All the Bible tells us is that the Antichrist will control it. No one will be allowed to buy or sell without his permission (Revelation 13:17). If you do not think this will work in a capitalistic or free society, you do not need to look any further than your wallet or purse. When I was young, a person did not need a social security number until they started looking for a job. Now everyone born a US citizen receives one at birth. Even in our open market, a person needs a social security number to acquire a job, a driver’s license, open a bank account, receive credit, and more. Your SSN is not the mark of the beast, but it has put a system in place that makes it nearly impossible to do anything beyond the purchase at a cash register. The “mark” will add the store counter to the list and also make identification 100% certain. Stealing an identity will be virtually impossible. You would need to replace your right hand with someone else’s. Most criminals will not go to that extent.

The same is true with the signs God send us concerning the rapture and the following Tribulation Period. Earthquakes are local, regional at the largest. During the Tribulation, there will be at least two earthquakes felt worldwide. Other natural disasters may cover hundreds of square miles now, but while the Antichrist rules, they will be worldwide.

When will the rapture come? When will the Tribulation Period start? No one knows, but one thing is for sure, the signs are increasing, and it is one day closer today than it was yesterday.