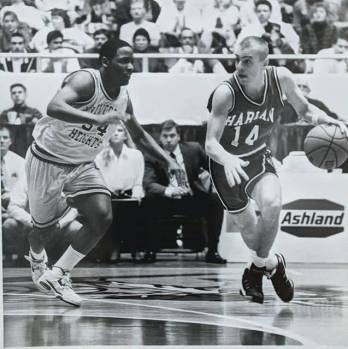 <p>Former Harlan all-state guard Michael Jones, pictured in action against University Heights in the state All “A” Classic, led the Dragons to a 13th Region title in 1993 and an All “A” state title in 1994.</p> 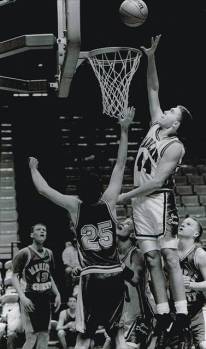 <p>Harlan center Todd Cox was an all-state selection in 1995 and a member of the Kentuck All-Stars before going on to a career at Georgetown College.</p> 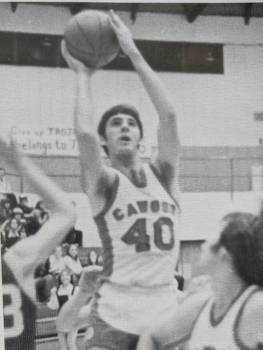 <p>Greg Coldiron was an all-state forward at Cawood in 1978 and played on the Kentucky All-Star team that summer. He went on to play four years at Morehead.</p> 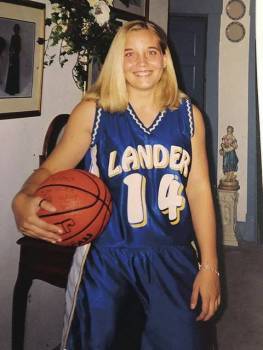 <p>Krissy Hatfield Delaney was a standout on two Harlan regional championship teams in the 1990s before going on to play at Lander University.</p> 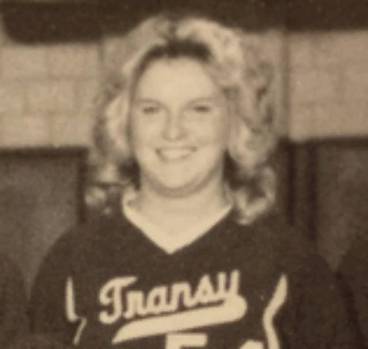 <p>Kim Adams Allison starred at Harlan in the early years of the program, then went on to play at Transylvania University.</p> 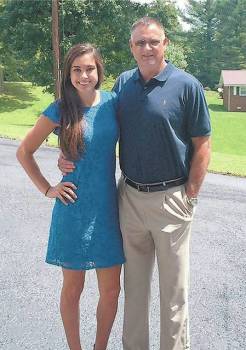 <p>Lewis Morris, a former Cumberland standout, was added to the 13th Region Basketball Hall of Fame this year, along with his daughter, Maci, who recently competed her college career at the University of Kentucky.</p> 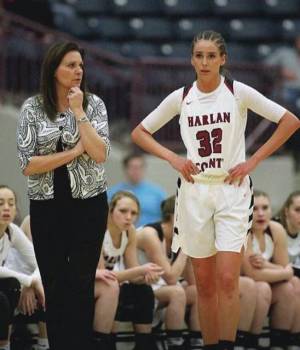 <p>Debbie Green, pictured talking with her daughter, Blair, led Harlan County to the program’s first 13th Region title in 2018. She was named to the 13th Region Girls Basketball Hall of Fame as a coach this year after going in as a player last March.</p>

The state’s all-time assists leader with 1,352, Jones scored 1,990 points in three years at Harlan and earned all-state honors as a senior before signing with Cumberland College. He led Harlan to a regional title in 1993 and an All “A” Classic state title in 1994. He led Harlan County High School to its first regional title as a coach in 2017 and has led the Bears to five district championships in six years.

Cox scored 1,427 points in three years at Harlan and played on regional championship teams in 1994 and 1995. He was an all-state selection as a senior and a member of the Kentucky All-Star team in the two-game series against Indiana. He went on to play on an NAIA national championship team at Georgetown College under Harlan County native Happy Osborne.

The school’s first member of the Kentucky All-Stars in 1978, Coldiron was also an all-state selection who went on to play collegiately at Morehead. He scored 1,241 points as a three-year starter who led the Trojans to three straight 52nd District titles and a regional runner-up finish in 1976.

Kentucky’s Associated Press athlete of the year in 1985, Morris led the Redskins to district titles in 1984 and 1985 and a regional runner-up finish to eventual state runner up Clay County in 1985. He was a standout pitcher and first baseman on Cumberland’s state final four baseball team in 1985.

Delaney ranks fourth on the all-time scoring list at Harlan High School with 1,710 points and helped lead the Lady Dragons to 13th Region titles in 1998 and 1999 and four straight 52nd District championships. She went on to play college basketball at Lander University in South Carolina.

A star for Harlan in the late 1970s and early 1980s, Allison went on to play for four years at Transylvania University. She was an assistant coach on Harlan’s regional championship in 1987 and served as head coach in the 1990s.

One year after being inducted as a player for her career at Harlan, Green was selected to the Hall of Fame as a coach. She led HCHS to three straight 52nd District titles and four straight trip to the 13th Region finals, including the program’s first trip to the Sweet Sixteen in 2018.