Bridge to be replaced at Collier’s Creek 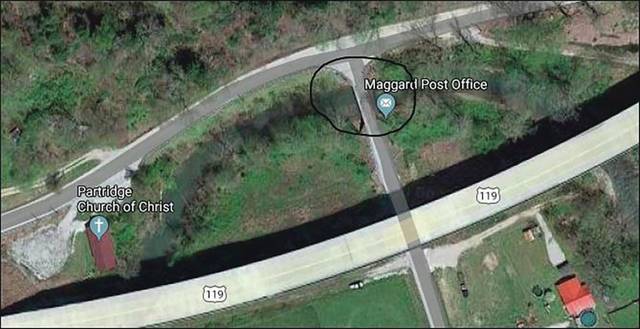 The bridge at Collier’s Creek in Letcher County is being replaced as part of the Bridging Kentucky program.

Construction preparation is under way for a new bridge to replace the one on Collier’s Creek Road (KY 3404) over Poor Fork of the Cumberland River in Letcher County. The $1,008,059.27 contract, part of the Bridging Kentucky program, was awarded to Frederick & May Construction of West Liberty.

The old bridge will remain open while the new one is under construction.

“This is a busy area,” said Heath Holbrook, highway technician assistant with District 12’s Whitesburg Section Office. “The contractor will wait until the new bridge is open before tearing down the current bridge. That way the traffic impact should be minimal.”

Holbrook said that KY 3619 (old U.S. 119) will be closed in the work zone throughout the duration of the project. Motorists should be particularly careful in the area when the beams for the new bridge are delivered, which should happen the first part of March. “The construction timetable is weather dependent,” he pointed out.

The Bridging Kentucky initiative includes more than 1,100 state, county and municipal structures that are rated in poor condition or have restricted weight limits. More than 70 of the bridges on the list are currently closed to traffic. Each bridge will be addressed in by the end of 2025, either replaced with a new structure designed to last at least 75 years or rehabilitated to extend its life by at least 30 years. Those with restricted weight limits will reopen to school buses, emergency vehicles, commercial trucks, as well as passenger vehicles.

The initial focus is on 340 bridges identified by the Kentucky General Assembly in the current two-year transportation budget. The full list of bridges is available at http://www.BridgingKentucky.com.

“This is an aggressive program, and we are using new and innovative approaches to get the work done in a timely and cost-effective way,” said Royce Meredith, KYTC’s Bridging Kentucky Program Manager.