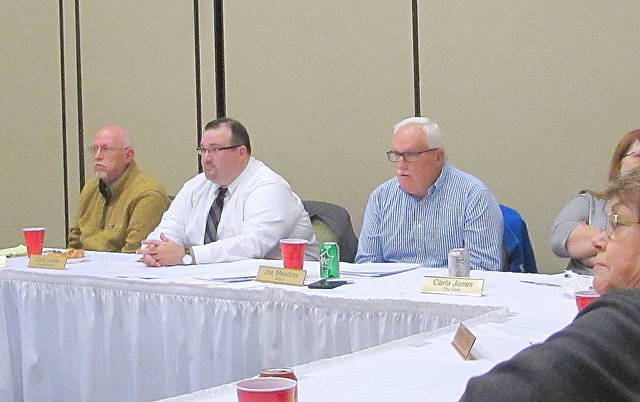 Harlan City Council members met with Municipal Law Attorney Chris Johnson from the Kentucky League of Cities on Thursday night during a special-called meeting to work on the city of Harlan alcohol regularity ordinance. City residents voted for the city to go wet by a two-thirds vote during the November general election.

Johnson introduced the council to a sample ordinance provided by the Kentucky Department of Alcoholic Beverage Control (ABC) and guided them through the 21-page ordinance. He told the council the city could be looking at getting two alcohol licenses because of a statute that was passed to limit the number of licenses based on the population of a city, going into a retail-by-the-drink license.

“Frankly, we’re seeing more and more businesses that want to sell alcohol, but the other 90 percent of what they do is not alcohol related,” Johnson said, mentioning beauty shops that give bridal parties a mimosa while doing their makeup and hair. “Should the city of Harlan decide you’re uncomfortable issuing a retail-by-the-drink license, you all, in your alcohol ordinance that you adopt, can say ‘at this time, the city of Harlan is not going to be issuing a retail-by-the-drink’ and site the statute that allows for that.”

He recommended the council to revisit their ordinance at least once a year to determine what changes they may want to make, as well as to keep an updated list of regulatory fees and figures in case an entity tried to challenge their numbers.

“I hate to act like your geometry teacher, but you have to show your work,” Johnson said. “If something is challenged, have the numbers ready in case someone questions how you came up with that number.”

Johnson said if the city cannot utilize the amount of money coming in from alcohol sales, because it is so limited to law enforcement expenditures, they would need to adjust the rate from the current 5 percent to a figure that would best suit their needs.

“Looking at the rate right now, I am comfortable with where it is set,” he said.

Johnson quickly continued to add the ABC strongly considers community sentiment, meaning if a business wanted to sell packaged alcohol around a school or church, letters can be written and mailed to the ABC for consideration on why or why not the business should be allowed to sell.

Johnson said the city officials will have 60 days to work on their proposed ordinance, after which officials in Frankfort would take the reins if the ordinance is not completed. When the city does go wet, Johnson said anyone seeking a license will be able to pick one up from their local ABC administrator, Harlan City Police Chief Winston “Wink” Yeary.

Johnson said it would most likely be during the month of February 2020 when business owners could begin applying, noting the application fees are due at the time the applications are taken and it is nonrefundable.

Council members will now utilize both the sample ordinance and other gathered ordinances to create one for the city of Harlan, welcoming public input. If you would like to make a comment, call the Harlan City Clerk’s Office at 606-573-2912. 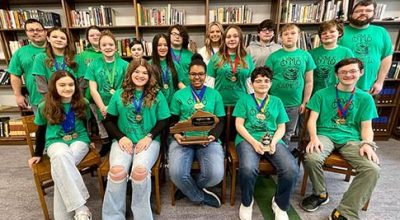