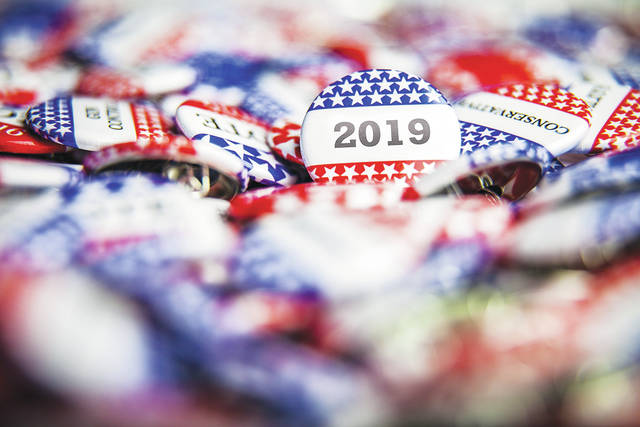 The city of Harlan’s wet-dry vote came to a close not long after polls closed Tuesday evening, with 364 (66.5 percent) voting “wet” and 183 (33.5 percent) voting “dry.” After tallying the results, Harlan residents prepare for the long-time “moist” community to go wet by 181 votes, giving stores within Harlan city limits a chance to sell packaged alcoholic beverages in their stores.

“As a city government, we were prepared to follow the will of the people regardless of how it turned out,” Meadors said. “I kind of view this as an opportunity for us to do some things we’ve not been able to do in the city – attract some new investments, some new people into our community, some new workers. I think that makes us all better and that makes us a more vibrant, local economy.”

Meadors said although the vote was passed making the city of Harlan wet, there are a number of things left to do before the city is officially able to hold that title — including placing a number of ordinances in place pertaining to the sale of alcoholic beverage.

“That is something we will be working on tomorrow,” Meadors said. “Our city attorney has already gotten copies of the Pineville alcohol ordinance and he also has the city of Corbin’s alcohol ordinance.”

The ordinance will have to go through two readings by the Harlan City Council and be published in the Harlan Enterprise.

Meadors said he doesn’t know what the time table will be, but “I’m sure it will be sometime in January at the very earliest before we can do anything.”

“I know we have to wait for the election results to be certified, but in the meantime, we can be diving into our local ordinance,” Meadors said. “We will be welcoming input from our local citizens, our local businesses and anyone who is interested in investing in our local community. That’s where we stand right now.”

In other local election activity:

• Cynthia Allison won the board of education seat for the Harlan Independent School District with 503 votes, going unopposed for 100 percent. Allison will have to run for re-election in 2020 due to the seat’s regularly scheduled term expiring at the end of 2020. At that point, the candidate who is voted in will serve a four-year term;

• Donnece Henson took the District 1 board of education seat for the Harlan County School District with 604 votes (53.5 percent), beating Adrian “Abe” Fields, who pulled 525 votes (46.5 percent). Henson, who was appointed to the seat earlier this year, will have to run for re-election in 2020 due to the seat’s regularly scheduled term expiring at the end of 2020. At that point, the candidate who is voted in will serve a four-year term;

• Roger Wilhoit slid into a council member seat for the city of Lynch with 150 votes, going unopposed.