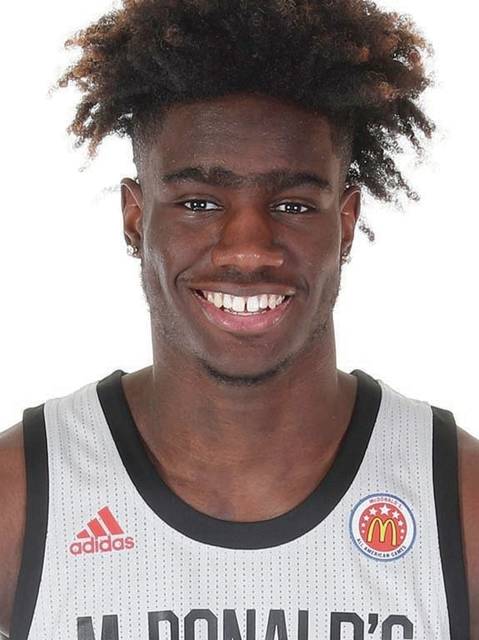 The 6-foot-7 forward signed a national letter-of-intent with Kentucky on Friday. The five-star prospect is the highest-rated player in the Class of 2019 and considered Kentucky his top option during the recruiting process.

“I chose Kentucky because it was my dream school,” Whitney said. “I feel that coach (John Calipari) can coach, motivate and get the maximum potential on and off the court out of me.”

Whitney, originally from Chicago but played his prep carer at Roselle Catholic High School in New Jersey. He inked his letter-of-intent at his grammar school in Chicago, where his desire to play basketball began.

“I’ve been waiting to talk about Kahlil for a long time but I know how much it meant to him to do this signing back where it all started for him,” Calipari said. “I’m proud of how he was able to take something that was about him and use it for the good of others in his community.”

On the court, Whitney averaged 19.4 points and 5.7 rebounds per game as a senior. He scored double figures in all 29 games as a senior and tallied 20 or more points 11 times in his career. He scored 38 points in the Allen Iverson Roundball Classic last weekend and was named co-MVP.

Calipari said Whitney is “long and athletic” and is expecting big things from Whitney on both ends of the court next season.

“He’s in the same mold of some of the best players we’ve had here in that he has the athleticism to impact the game offensively, yet I believe he can be a difference maker defensively. He’s an elite finisher at the rim with the ability to put the ball on the floor and drive it. Kahlil, who is originally from Chicago, has watched this program since Anthony Davis won a title with us and has wanted to be a part of this program for a while. I believe he’s only scratched the surface of how good he can be and I can’t wait to get to work with him.”

Whitney led Roselle Catholic to the Tournament of Champions as a junior and averaged 21.1 points and 7.2 rebounds per game on the Nike EYLB circuit last summer. His father, Kelly Whitney, played for Seton Hall from 2003-06 and was an All-Big East performer and averaged double figures during his four seasons with the Pirates.