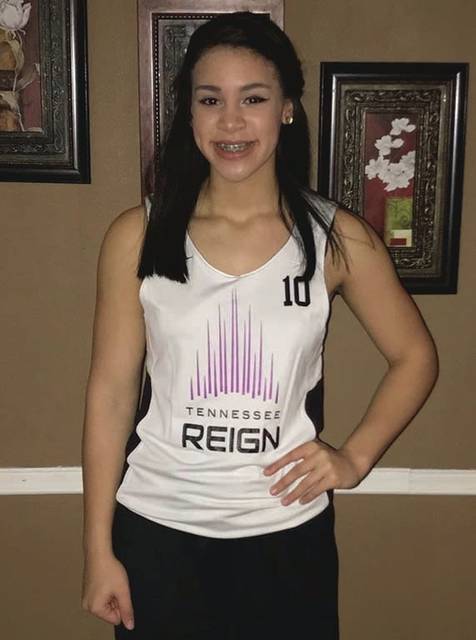 Evarts standout honored for her play in Nashville

Evarts standout Kylie Noe, a sixth-grader, was named to the Girls Youth Basketball Circuit’s (GYBC) First Team, following the circuit’s first session in Nashville. Noe helped to lead her Tennessee Reign team to an 4-0 record in the event.

In-recapping her performance in Nashville, an observer with the GYBC provided a positive review of Noe’s game.

“Noe was spectacular both days during GYBC Session 1 competition. Offensively, Kylie scored the the ball at a high volume, as she has an explosive first step and a relentless power dribble drive to the cup. When finishing offensively, Kylie has developed a nice floater in traffic. Once her mid-range shot becomes more consistent, Kylie will be a very tough cover for opposing defenses,” the observer wrote. “Kylie Noe definitely was impressive in GYB Session 1 and has all the physical tools and athleticism to be a dominant player in the 2025 class for many years to come.”

The GYBC is a middle school basketball league, featuring teams from several states throughout the southeastern United States. Noe and Tennessee Reign will participate in Session II in Atlanta in April and in the GYBC.