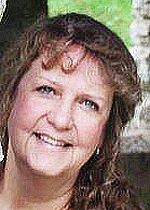 Events in our lives don’t take God by surprise

“If you want to hear God laugh, just tell Him what your plans for your life are, and how you are going to bring them to pass.” I’ve heard several people quote this recently.

My pastor, Rev. Roland “Bo” Lee, and several of the men from our church had been planning a mission trip to Cuba this January. There have been bake sales/barbecue dinners, offerings, T-shirts and other efforts to raise the money to go. The children’s ministry brought in candy in a “Chocolate for Cuba” campaign. Women of the church brought dish towels and kitchen utensils. A pastor from Cuba and his wife even came to our church and he preached through an interpreter one Sunday morning.

We were all fired up and expecting great things in our efforts toward Cuba. With less than a week left before lift-off, the visas for our men to visit and minister in Cuba were denied.

Doesn’t that sound like a sad and disappointing story? Hang on!

Another mission work in Honduras is used to a group coming from our church once a year. This past summer they were not able to make the trip. The directors of the work had been on sabbatical in the United States for a while, with the work in Honduras in the hands and care of Honduran people called as ministers who had been trained and raised up to take over the work.

But God had other plans. The airline, instead of forfeiting the canceled tickets, allowed a change in destination from Cuba to Honduras. Rev. and Mrs. Dakin had arrived back in Honduras earlier in the week and gladly approved a surprise visit from a group of men from our church.

Some people seemed confused about what was going on and why things had gone so awry. The thought hit me with great joy that God wasn’t surprised by any of this. He knew the visas would be denied. He knew the airline company would transfer the tickets to Honduras. He knew Rev. and Mrs. Dakin would be back in Honduras a couple of days before the group would arrive.

Sometimes we have to walk by faith and not by sight because the things we can see simply don’t make sense. Our vision of any situation and our understanding under the best of circumstances are still very limited, whereas God sees the whole big picture from the beginning to the end.

I checked Facebook for an update one day this week to see what’s going on with the mission team. Much to my surprise and delight, our pastor was on a national Honduran television program sharing the gospel in a TV studio and the host was interpreting for him to all the airwaves of Honduras!

God not only does the improbable, but the impossible! On a trip that wasn’t even scheduled, on a national television show, a pastor from the mountains of southeastern Kentucky was sharing the gospel of Christ with thousands upon thousands of souls!

I believe God has a sense of humor. The Bible says that He uses the foolish things of this world to confound the wise. I know that qualifies me to be a vessel in God’s service. It also qualifies this Appalachian region to be a place where incredible things take place. And we, the most unlike, are prime candidates to touch the world with our faith.

Most of us need to rethink our expectations of God’s intervention in our lives, plan the best we can for the future, and hang on for the ride!

Are you prepared for a natural disaster?

The year ahead offers new opportunities and experiences. But as you make plans throughout 2019, be mindful of the things... read more