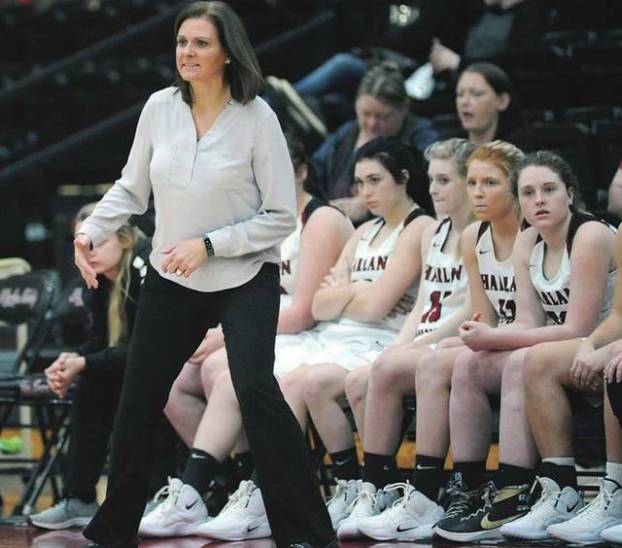 Debbie Green claimed her 100th win at Harlan County High School as the Lady Bears rolled to a 69-33 victory Monday at Jenkins. Green has a record of 100-32 in four and a half seasons at HCHS.

Harlan County bounced back from a 29-point loss at North Laurel two days earlier and gave coach Debbie Green her 100th win with the Lady Bears in a 69-33 rout of Jenkins on Monday.

Green, who led HCHS to its first regional title last March, has compiled a 100-32 record in four and a half seasons at Harlan County.

“It shows the commitment and hard work that our athletes have shown to the program,” Green said. “They really invested and wanted to be part of a program that they and our county can take great pride in. We’ve had some kids who have really raised the bar for the future.”

“It was good to get back on track with a win,” Green said. “The girls really were not happy with their performance and effort on Saturday. I think their struggles to hit shots just really deflated them. I thought tonight they really played loose and hard but focused on finishing and playing better defense. It was nice to see them smiling and enjoying the game.”

Blakley had three baskets in the first quarter while Johnson and McHargue added two each as Harlan County raced to a 19-8 lead after one period. The lead grew to 38-15 by halftime as McHargue led the way with four baskets, including two 3-pointers. Middleton added two baskets in the quarter.

Harlan County will return to action Thursday at Lee, Va., in a girls/boys doubleheader.

Lady Dragons roll past OBI in All ‘A’ opener

BEVERLY — The All “A” Classic often brings out the best in the Harlan Lady Dragons, who entered the 30th... read more