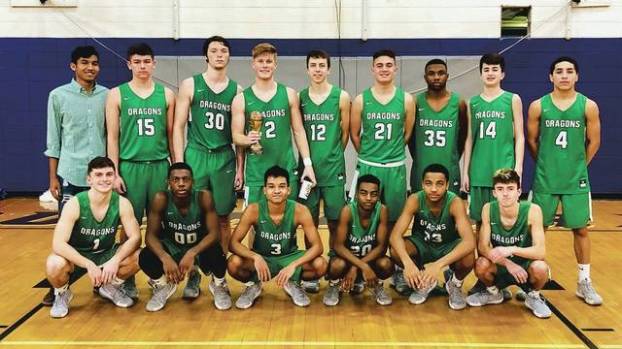 The Harlan Green Dragons are pictured after winning the Buckhorn Lake Christmas Classic on Saturday. The Dragons defeated Menifee County, Jackson City and Buckhorn to win their second tournament title in two weeks.

After winning their opening two games in the Buckhorn Lake Christmas Classic by pounding opponents with 3-pointers, the Dragons had to turn to defense in the championship game on Saturday.

The 10-5 Dragons ran their win streak to six and captured their second straight tournament title by holding Buckhorn to six points in the second quarter, building a 10-point halftime lead on the way to a 61-51 victory over the Wildcats.