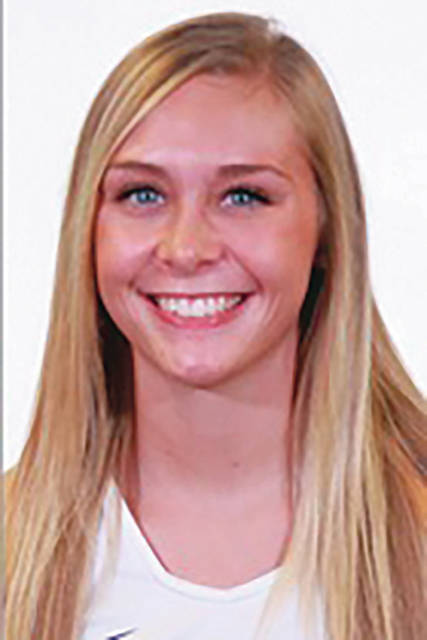 Jordan Brock had grown accustomed to winning in her years leading the Harlan Lady Dragons. Last year’s 7-22 campaign as a freshman at Tennessee Tech was very different for Brock, who led Harlan to four appearances in the 13th Region Tournament finals, including championships in 2016 and 2017.

Brock is back to her winning ways as a sophomore. The Tennessee Tech women’s basketball team received major contributions from almost every player who stepped on the floor recently at Lipscomb as the Golden Eagles won 67-52. With that seventh victory, Tech has equaled its total from the 2017-18 campaign, and has matched the program’s best start in the non-conference slate the 2004-05.

Brock connected on her first three attempts from behind the 3-point line – all in the first 1-minute, 20-seconds – to give Tech some breathing room early. Brock scored five more points over the ensuing three quarters to finish as the team leader with 14, which marked the third time she has paced the TTU offense this season.

Lacy Cantrell and Abby Buckner added six more points to the Golden Eagle assault out of the gate, capping a 15-2 run over the first six minutes, but Lipscomb answered with nine in a row to bring it back to a four-point game after one period.

Tech seized control again in the second thanks to a spectacular defensive effort. Lipscomb scored just four points in the quarter on 2-of-14 shooting (14.3 percent), making consecutive games that TTU has allowed just 15 first-half tallies to its opponents.

The Golden Eagles kept the pedal to the floor to start the second half, stretching the lead to as many as 20 points with three and a half minutes remaining in the third.

The third stanza was also where Tech really started to exploit its advantage inside, as Lacy Cantrell went 3-for-3 in the painted area, scoring the final six of her 10 points on the game. She also ripped down five rebounds.

Tech takes a two-game winning streak into the holiday break and will be back in action on Dec. 29 for a 6 p.m. tip with Tennessee Wesleyan in the Hooper Eblen Center at Tennessee Tech.

Brock is averaging 11.1 points per game this season. She was Tech’s second-leading scorer as a freshman, averaging 11.3 points per game. She appeared in all 29 contests and started 20, averaging 29.0 minutes to rank second on the team. She ranked fourth in the conference in made 3-pointers, tallying 68 on the season with an average of 2.3 per game. She shot 35.8 percent from 3-point range… scored a career-high 30 points against Southeast Missouri (Jan. 25), tying another career-high of seven 3-pointer and became just the sixth Tech freshman in program history to score 30+ points in a single game and was the first in 13 years to do so.

Kentucky got its first signature win of the season Saturday at the United Center in Chicago. The Wildcats defeated a... read more