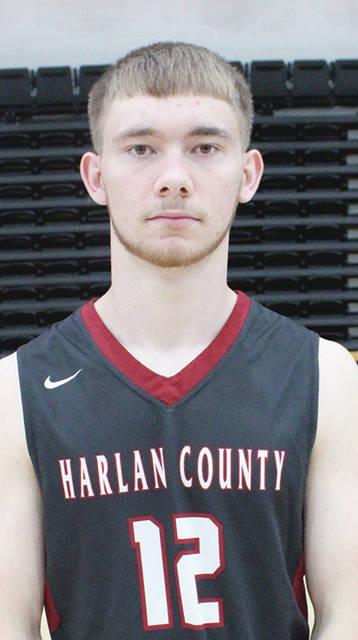 Viewed across the mountain region since its inception in 1988, the WYMT Mountain Classic has served as a coming out party for many young basketball standouts over the past 30 years.

Paintsville freshman guard Colby Fugate made an impressive high school debut this week, including a 21-point performance Saturday morning in the Tigers’ 66-63 win over Harlan County in a consolation bracket game. Fugate hit five 3-pointers and connected on six straight shots in the first half to give the Tigers an early lead they never relinquished.

“They are extremely athletic and he’s a very good player,” Harlan County coach Michael Jones said. “We talked about defending him before the game, but we didn’t do a good job of it.”

Harlan County (2-2) was not at full strength as sophomore guard James Smith missed the entire game and senior guard Alex Pace went out with a knee injury with 2:38 left in the first quarter. Jones declined to elaborate on why Smith was in street clothes for the game but said he could be back next week. Jones said Pace asked to return to the game but he kept him out as a precaution.

The Bears trailed the entire game but continued to battle and made several runs, getting as close as two in the fourth quarter and missed a shot to tie at the buzzer.

“As bad as played today, if we would have finished around the basket and been a little tougher we would have won the game,” Jones said. “To be without your point guard and your top player for three quarters and have a chance to win at the end against a good team, I’ll take it.”

Senior guard Gabe Price scored 23 points and grabbed 11 rebounds to lead the Bears in both categories.

“Gabe will make some mistakes but I can live with it because he plays so hard,” Jones said. “He always guards who we think is the other team’s best player, and he’s not 100 percent today due to illness, but he wanted to play.”

Taylor Spurlock added 15 points for the 2-2 Bears, while freshman guard Jackson Huff had the best game of his young high school career with 11 points.

Harlan County’s offensive problems began early as the Bears missed their first seven shots from the field, allowing Paintsville to build a 7-0 lead with Fugate hitting two shots, including a 3-pointer, and Seth Williams adding one basket. Spurlock broke the drought with a jumper before Brady Dingess hit two straight shots to push the lead to nine.

Pace went down with a knee injury under the HCHS basket with 2:38 left, one of several players to slip on the slick John C. Combs Arena floor in the first half.

Price scored six straights points, on a three-point play and then a 3-pointer, to cap an 8-0 run that began with a putback by Patrick Bynum to pull the Bears within one. Another Fugage basket gave the Tigers a 13-10 lead after one quarter.

Fugate remained hot in the second quarter, hitting three straight 3-pointers to help Paintsville build a 25-13 lead three minutes into the period. Price and Spurlock kept the Bears in the game with baskets and Huff hit a 3-pointer to get HCHS as close as seven. Nick Keeton’s basket to close the half extended the Tigers’ lead to 34-25.

Paintsville pulled out to a 14-point lead early in the fourth quarter before the Bears rallied again with the help of a technical against Williams. Price hit four straight free throws to spark an 8-0 run that cut the deficit to six. Paintsville took a 51-4 lead into the final period.

A three-point play by Price and 3-pointer from Huff cut the deficit to two early in the fourth quarter, but the Bears could never pull even. Baskets by Braxton Tharp and Fugate pushed the Tigers back out to a seven-point lead with 1:57 left before HCHS battled back again. Tyler Cole and Price each had baskets to cut the deficit to three and Spurlock had a chance to tie just before the buzzer, but his 3-pointer bounced off the rim.

Harlan County will play host to Bell County on Tuesday in a girls/boys doubleheader and will travel to Harlan on Friday for another district doubleheader.

FRANKFORT — The Kentucky State Police is cautioning motorists to be prepared for hazardous driving conditions during the winter weather... read more