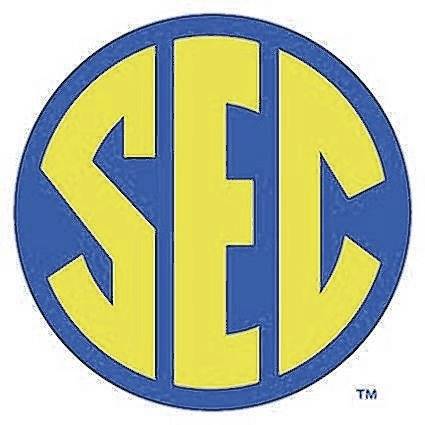 Kentucky hopes to end slide with win over Alabama

A look at the upcoming week around the Southeastern Conference:

GAME OF THE WEEKEND: No. 21 Texas A&M at Arkansas: Texas A&M (17-9, 6-7 SEC) responded to its return to the Top 25 by losing at Missouri and now likely must beat Arkansas (18-8, 7-6) on Saturday to remain in the rankings. Although the Aggies have done a great job of rebounding from their 0-5 start to SEC competition, they still must show they can win on the road. Texas A&M is just 2-6 in true road games this year. Arkansas is particularly tough to beat at home, where the Razorbacks own a 13-1 record. Another Saturday game to watch is Alabama (17-9, 8-5) at Kentucky (17-9 6-7) as the Wildcats attempt to snap their four-game skid.

LOOKING AHEAD: What’s up with Kentucky?:The Wildcats are out of the Top 25 and dealing with their first four-game losing streak since the end of the 2008-09 regular season. They face the possibility of finishing a season below .500 in SEC competition for the first time since 1988-89 (though they did go 8-8 in league play in 2008-09). The schedule is partially to blame for Kentucky’s recent slide. This four-game skid featured three road games, two ranked opponents (No. 10 Auburn and Tennessee ) and two potential NCAA Tournament teams (Missouri and Texas A&M ). Kentucky is home for three of its next four games

IMPACT PERFORMER: Alabama forward Donta Hall has averaged 18.5 points and 9.5 rebounds over the Crimson Tide’s last two games. He matched a career high with 20 points and also pulled down eight rebounds Tuesday in an 80-65 victory over LSU. That followed a 17-point, 11-rebound performance in a 78-50 blowout of Tennessee . Hall shot 8-of-10 from the floor in each of those two games. The 6-foot-9 junior had six dunks against Tennessee and five against LSU.

NUMBERS GAME: Mississippi coach Andy Kennedy’s 245 wins with the Rebels are 101 more than any other coach in program history. Kennedy announced Monday he would be stepping down at the end of the season . … Auburn’s 23-3 record is its second-best mark through 26 games in school history. Auburn started 25-1 in 1998-99 and went on to finish 29-4 with an NCAA regional semifinal appearance. … Alabama has won its last five games against Top 25 teams. … Georgia’s 72-69 overtime victory at Florida on Wednesday marked the first time the Bulldogs had beaten the Gators in Gainesville since 2002. Georgia has beaten Florida twice this season, the first time that’s happened since 1997. … Mississippi State is 17-1 at home or on neutral sites but is just 1-7 in true road games. The Bulldogs just finished a devastating 0-2 road swing in which they lost 89-85 at Missouri in overtime and 81-80 at Vanderbilt on a Riley LaChance 3-pointer with half a second remaining. … Arkansas has won each of the last 35 games it has led at halftime.

ON THE WOMEN’S SIDE: No. 2 Mississippi State clinched at least a share of the SEC regular-season title Thursday with its 95-50 victory at Vanderbilt. The Bulldogs (27-0, 13-0 SEC) have a three-game lead over No. 8 South Carolina (21-5, 10-3) with three games left to play. … Alabama’s 72-63 triumph over No. 11 Tennessee on Thursday marked the first time the Crimson Tide had ever beaten the Lady Vols in Knoxville in 23 attempts. Alabama has now won its last four meetings with Tennessee overall after losing to the Lady Vols 42 consecutive times from 1984-2016.

Cumberland and Evarts advanced to the championship game of the county seventh- and eighth-grade tournament with victories Thursday at James... read more