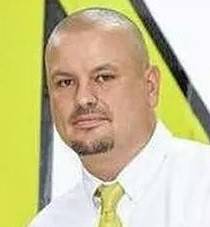 Who should Wildcats add to schedule?

One of the best aspects of being a sports fan of a particular team is having that certain team to root against, especially when that team plays your team anytime, anyplace, or anywhere. That, my dear friends, is what we call a rivalry.

It’s no secret that your fearless sports writer is a Kentucky fan. Just the way it is. I did, however, have a passing crush on all things Peyton Manning while he was a Tennessee Volunteer and definitely when he joined my Indianapolis Colts. But I digress.

The point is as a Wildcat fan, I know and I don’t think I’m too far off in saying any Wildcat fan knows what teams are true rivals to Big Blue. When I say rivals to UK in basketball, I would about guarantee that most fans would say Louisville or Florida pretty quickly. Without question, there’s a long standing rivalry with Tennessee in anything. When the Cats play conference for Florida, there is a feeling of rivalry between the teams. There’s some bad blood, so to speak, with college basketball blue bloods Duke and North Carolina.

With those rivals being identified, however, there is the possibility out there that Kentucky could begin or continue some other schools regionally. I’m sure that most fans have ideas of who they’d like to see the Cats lace ‘em up with. So, on that premise, here are three rivalries I would like to see the Cats pick up on the schedule.

Rival UK Should Begin Playing: Cincinnati. If you look around the college landscape that surrounds Kentucky, one area that could be beneficial to the Cats to be a presence in for great games and recruiting is the greater Cincinnati area. The area consistently produces top-tier talent and solid basketball programs in Cincinnati and Xavier. While I think games with the Musketeers would be wildly entertaining, I think that for marquee value alone, a matchup of the Cats and the Bearcats would be great. Mick Cronin has consistently produced winners in Cincy, and UK has a great alumni base in the greater Cincinnati area. A lot of positives.

Rival UK Should Continue Playing: West Virginia. In recent years, whenever the Cats and the Mountaineers hook up there have been some very memorable games and moments. Way back in 2010, UK was beginning the John Calipari era and the phrase one-and-done was working its way into our daily language. The Cats were rolling along in the NCAA tournament and met WVU in the East Region final with a berth to the Final Four on the line. The ’Neers upset the Cats that day and a rivalry was born. The following games have seen UK play pretty well against West Virginia. However, last Saturday’s showdown in Morgantown took the rivalry to another level. The Mountaineers came into the matchup ranked No. 7 in the country, had the very creative nickname “Press Virginia” for their defensive intensity and style of play, and had the super young Cats on their home turf as part of the Big 12/SEC Challenge. After jumping out to a double-digit lead and carrying it into the second half, the Cats rebounded to pull the improbable upset over WVU. This rivalry is just budding and could only get better. The schools are located near each other and play an exciting brand of basketball that both fan bases enjoy. Future games would be quickly identified on each team’s schedule as a big game and a must see. Without question these teams should continue playing.

Rival UK Should Renew Playing: Indiana. If there is a rival the Wildcats should be playing right now it is the Indiana Hoosiers. The reasons they should be are fairly compelling. To start with, the Cats and Hoosiers are their state’s flagship college basketball programs. When you mention either Indiana or Kentucky to most folks, in a couple of words the names Hoosiers or Wildcats will come up. Next, both states are steeped in basketball tradition, both at the high school and college levels. The people of both states love their basketball and are rabidly passionate about it. Some of my earliest memories of basketball involve playing in the backyard and pretending to play Indiana. Last, there is a rich history of games involving UK and Indiana over the years, both in the regular season and the NCAA tournament. It wasn’t a secret how much former IU coach Bob Knight disliked UK and loved to beat the Cats. Cat fans always love to savor a victory over the Hoosiers. This rivalry needs to be renewed.

So, there you have it, three teams that could be added at some point to the UK schedule. There are definitely other schools that could fill these spots, but this group mixes the old and new together and provides some juicy future matchups and opportunity for Cat fans to keep being crazy about the Cats.

(Shane Shackleford is a columnist for KySportsStyle.com, A Sea of Blue, Harlan Daily Enterprise and Middlesboro Daily News. You can reach Shane via email at coachshack50@gmail.com, Facebook, or Twitter @shack_daddy_1.)

Once they figured out how to win after two out-of-county losses to open the season, the Rosspoint Wildcats proved to... read more