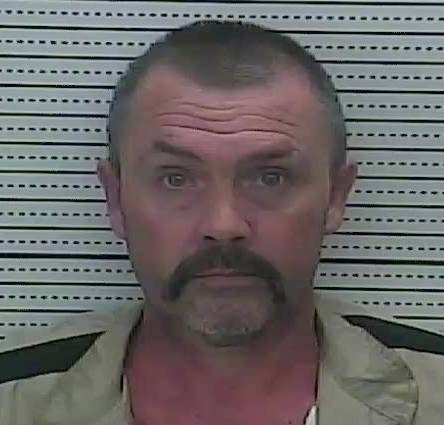 A Harlan man faces indictment for first-degree wanton endangerment for allegedly forcing his way into a residence and kicking a dog.

A previous report states Madon engaged in conduct which created a danger to another on June 12 when he approached the other man in an aggressive manner, cursing and threatening him. Madon headbutted the man, then picked up a metal pipe and approached him swinging the pipe. The victim was able to take the pipe from Madon, and Madon then hit him in the head. The victim then left to obtain an EPO. Once the man left, Madon and his girlfriend forced their way into the home where he assaulted the female inside. Madon also kicked the victim’s dog as he entered the residence. All action was recorded on security cameras.

According to a press release, Madon was indicted for first-degree wanton endangerment, fourth-degree assault and second-degree cruelty to animals.

Madon was lodged in the Harlan County Detention Center on a $2,500 surety bond.

According to the citation, stolen lumber was found on a trailer in Nantz back yard. Nantz advised he helped take the lumber. The lumber, valued at over $500, was returned to the owner.

Nantz was charged with theft by unlawful taking under $10,000 and lodged in the Harlan County Detention Center on a $5,000 full cash bond;

• Lewis Douglas Lamb, 36, of Britton Creek, was arrested on an indictment warrant by Harlan County Sheriff’s Deputy Hunter Marcum. Lamb was indicted for first-degree possession of a controlled substance, possession of drug paraphernalia and public intoxication. He was lodged in the Harlan County Detention Center on a $1,000 unsecured bond;

• Claude Miles Jr., 52, of Cumberland, and Steven Middleton, 41, of Wallins, were both indicted for flagrant non-support, according to a press release.