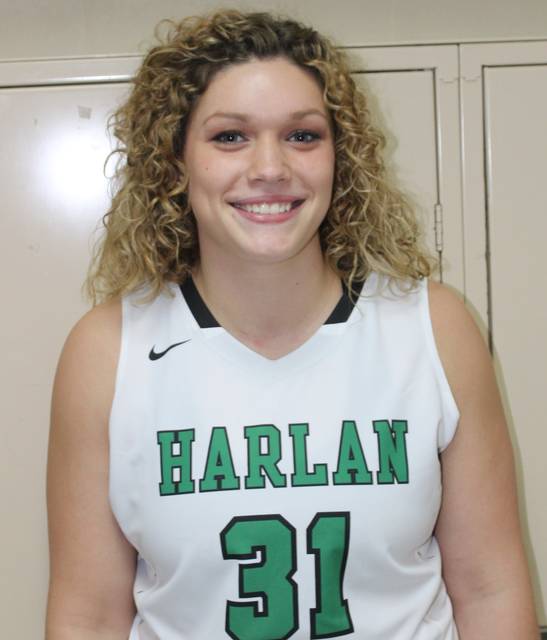 WILLIAMSBURG — A potential All “A” Classic regional preview went to the challenger as Williamsburg knocked off visiting Harlan 45-34 on Monday in the Southeastern Kentucky Conference Panorama.

The defending All “A” Classic regional champion Lady Dragons could not overcome poor free throw shooting and turnover problems in losing both halts of the scrimmage as the score was cleared at halftime. The Lady Jackets won 10-6 in a sluggish first half and 35-28 in the second half as both teams picked up the pace offensively.

Neither team was able to score in the first three minutes before a Canady basket ended the drought. Hall scored the final five points of the period as the Lady Jackets went up 8-6.

A field goal by Williamsburg’s Grace Patrick accounted for the only two points for either team in the second quarter.

Harlan’s offensive problems continued into the second quarter as the Lady Dragons had only 10 points through the first 20 minutes. King heated up midway through the period, then her sister, Natalee, added two baskets as Harlan went up 15-14 in the period before a basket by Madison Chapman helped Williamsburg win the quarter by a 16-15 margin.

Four straight points by Canady put Harlan up in the half and the lead changed hands several times with the Lady Dragons going up by three with 2:01 left on a strong move to the basket by Natalee King.

Harlan still led in the half by one with 1:05 left when Canady was called for an intentional foul. Williamsburg hit three of four free throws in a 10-0 run to close the game.

Williamsburg hit 13 of 18 at the free throw line in the fourth quarter to pull away and connected on 17 of 28 during the scrimmage. Harlan hit only six of 20 free throws.

The Lady Dragons will open their regular season schedule on Nov. 28 at home against Pikeville.