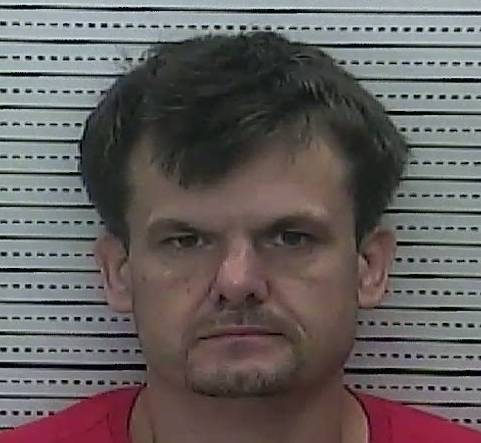 A Harlan man was charged with assault after allegedly being involved in a car crash while intoxicated.

According to the citation, Hubbard was the operator of a vehicle involved in a wreck. Hubbard had not transferred the vehicle and the license plate had been cancelled for failure to maintain required insurance. He had no operator’s license on his person. Hubbard was read implied consent and made an attempt to contact a lawyer, but he was unsuccessful. The wreck caused injuries to occupants of both vehicles. Hubbard failed to pass a sobriety test. He told police he had a head injury, and was staggering at the scene. Hubbard would not submit to a blood test.

Hubbard was lodged in the Harlan County Detention Center.

In other police activity, Jimmy Ray Baldwin, 32, of Cumberland, was arrested on Saturday by Cumberland City Police Sgt. John Teagle.

According to the arrest warrant, Baldwin took a .44 Magnum Smith and Wesson form another person on July 22 with the intent to deprive them of their property.

Baldwin was charged with theft by unlawful taking (firearm). He was lodged in the Harlan County Detention Center on full cash bonds totaling $3,000.