There were more coal miners on the job in Kentucky from July through September than in the same period a year ago, but the number dropped from earlier in 2017, indicating no sustained employment rebound so far under the Trump Administration.

There were 6,438 people employed in Kentucky’s coal industry between July 1 and Sept. 30, according to a report issued Thursday by the state Energy and Environment Cabinet.

That was 2.1 percent more than in the third quarter of 2016. However, the industry shed nearly 350 workers during the most recent quarter, a loss of 5.1 percent from the second quarter of April 1 through June 30.

Tyler White, president of the Kentucky Coal Association, said losses in coal jobs and coal production have slowed from the double-digit drops of some earlier periods, showing the industry is more stable.

The slide may not have bottomed out, however.

“We are stopping the bleeding, but it has not stopped,” White said. “We’re starting to get to that flat-lining point.”

Coal jobs in Eastern Kentucky in the third quarter were up 5.7 percent from the same time last year, but dropped 6.3 percent between the second and third quarters this year, according to the report.

The number of jobs in the top two coal-producing counties in Eastern Kentucky, Pike and Harlan, went down by more than 10 percent in each in the third quarter, while the No. 3 producer, Perry County, saw a job increase of four-tenths of 1 percent.

Mines in Eastern Kentucky produced 5.8 percent more coal in the third quarter than in the same period a year earlier, but third-quarter production dropped 26.1 percent from the second quarter, according to the report.

Jobs in the state’s western coalfield dropped from the second to third quarters and also were below the comparable period in 2016. The number of tons of coal mined in Western Kentucky went down in the third quarter and also was below the prior-year figure.

Statewide, production went down from the second to third quarters and was 6.3 percent below the 2016 level.

Kentucky coal has been battered by a number of factors, including competition for power-plant customers from cheap natural gas; the rise of renewable energy such as solar and wind power, which have received federal subsidies; and efforts in the Obama Administration to toughen rules aimed at protecting air and water quality.

To put the slide in context, consider that coal employment averaged 18,069 for the year in 2011, with 13,679 of those workers in Eastern Kentucky, compared to 3,896 in the most recent period.

That steep drop in coal production and jobs have rattled the economy of the region and undermined revenue for local governments.

President Donald Trump vowed during his 2016 campaign and since taking office that coal miners will go back to work on his watch, and his administration has moved to roll back environmental initiatives from Obama’s time.

Those included a rule aimed at keeping rock and dirt from surface coal mines out of streams and the Clean Power Plan, which would have required cutting carbon-dioxide emissions from coal-fired power plants that have been a key market for Kentucky coal.

Many in Kentucky and elsewhere have blamed environmental rules for coal’s woes.

However, analysts have said that cutting environmental regulations won’t be enough to revive the Appalachian coal industry. That’s because studies have shown that cheap natural gas, not environmental rules, have been the primary factor in coal’s decline.

The agency projected that coal production in the region would be 40.9 million tons in 2030 with the rule and 44.1 million without it. That difference would be spread over Eastern Kentucky, western Virginia, eastern Tennessee and all of West Virginia.

However, the agency predicted a much bigger impact in the region that includes Kentucky’s western coalfield — 43.6 million tons less production in Kentucky, Illinois and Indiana with the plan in place than without.

White said Trump’s moves to back away from the Clean Power Plan was important because it will allow some coal power plants to remain in operation, keeping important baseload power generation and preserving customers for Kentucky mines.

Still, “I don’t see the cancellation of the Clean Power Plan leading to a boom” in employment, he said.

It will take new markets to drive a significant increase in jobs, White said.

Environmentalists argue it is unrealistic to think utilities will build many new coal-fired power plants in coming years, given the low cost of cleaner-burning natural gas and other factors. 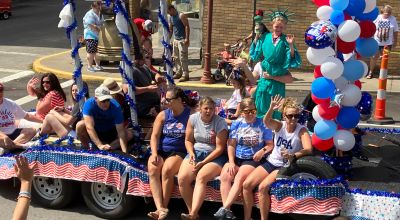 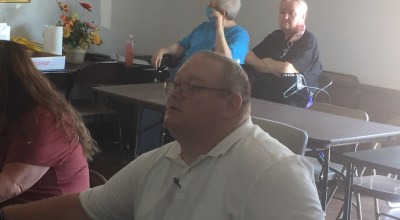