Flu cases are on the decline in Kentucky 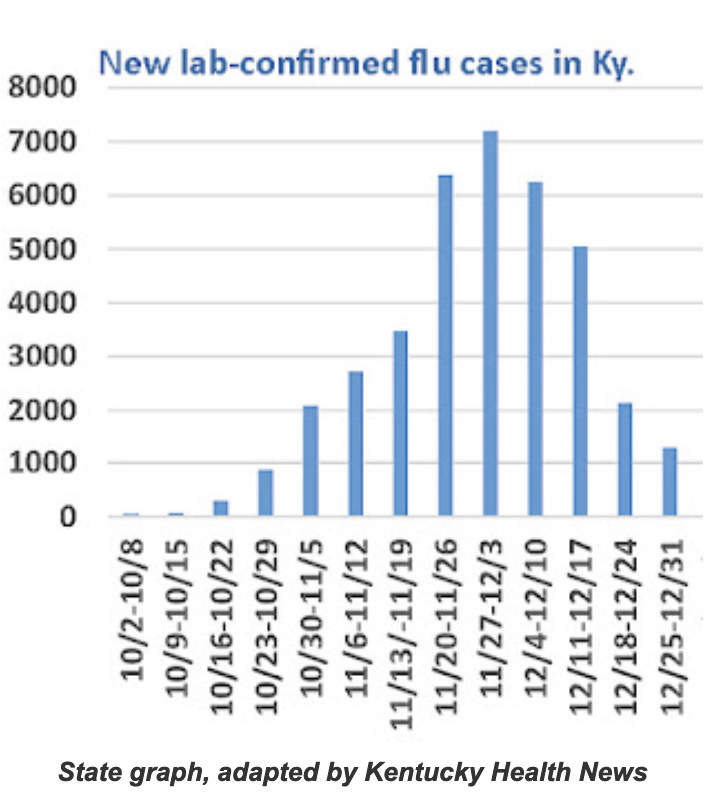 Influenza cases in Kentucky declined in each of the last four weeks of 2022, but Gov. Andy Beshear said cases are still too high and it’s not too late to get a flu shot. Flu season runs through May.

“At least eight children have passed away from the flu already this season” in Kentucky, Beshear said at his regular Thursday news conference. “Flu vaccination is the best way to prevent serious disease. The main strain of flu that’s going around right now, the flu vaccine is very effective against it. . . . Go get that flu shot.”

The Centers for Disease Control and Prevention recommends annual flu vaccines for everyone 6 months and older as long as flu activity continues.

The state’s latest flu surveillance report, for the week ended Dec. 31, says the flu level in Kentucky has waned to “regional,” new meaning cases have been confirmed in at least two, but fewer than half, of the state’s 16 regions.

The report said the flu has killed eight children and 106 adults this flu season, with three of the adult cases due to the flu and Covid-19 coinfection. Most flu cases continue to be in people under 20.