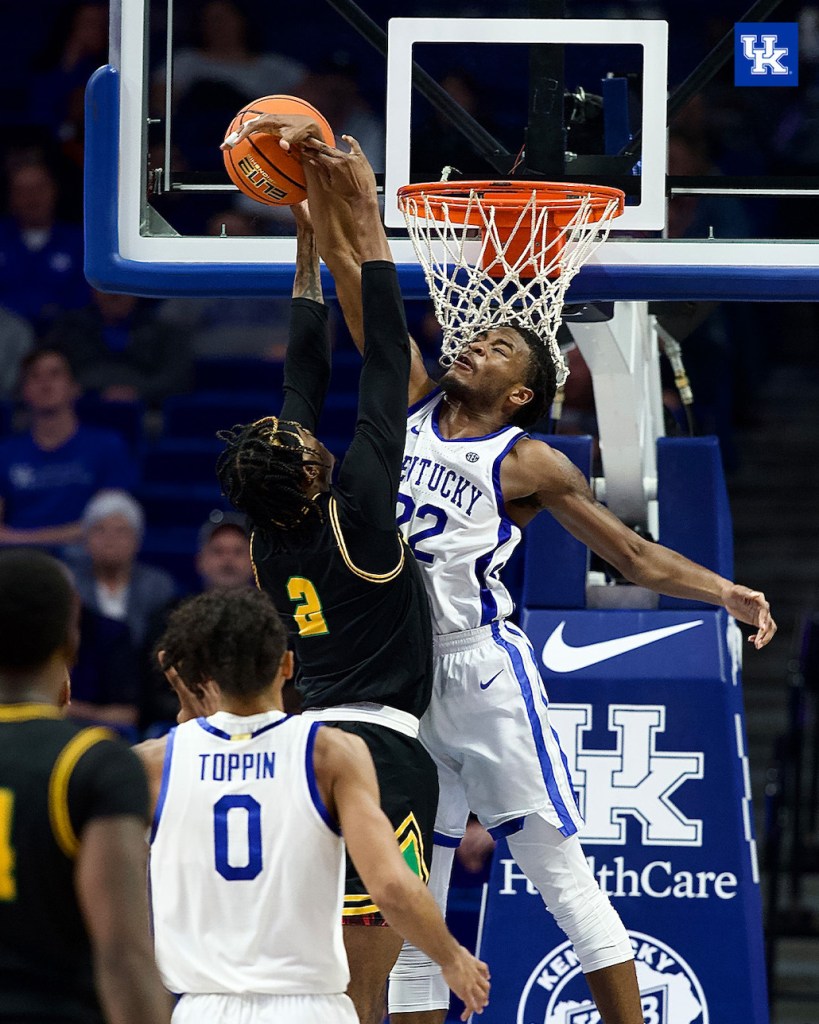 Kentucky freshman guard Cason Wallace is not going to hit 3-pointers like seniors CJ Fredrick and Antonio Reeves. He’s not going to hand out assists at the same rate as point guard Sahvir Wheeler. However, what he is going to do is bring infectious energy and potential lockdown defense to the court.

“They want me to play hard; that’s what it takes to win, so that’s what I’m willing to do,” Wallace said. “That’s kinda who I am. Bringing energy, picking up full court.”

His teammates like what he’s shown he can do.

“It lifts everything up,” Fredrick said. “You see him disruptive on the ball, blocking shots, diving on the floor. It makes you want to go harder and lift your game up that much more on the defensive end.”

Wallace can play point guard or two-guard equally well. He’s terrific in transition, both offensively and defensively. He might not be quite as quick as Wheeler, but he’s bigger and stronger — and is capable of blocking shots in transition or the half-court.

“Coming out, playing with a chip on my shoulder every game, bringing energy, playing hard,” Wallace said about what he could add this season. “I feel like once I got in, I’m gonna be that spark. I’m gonna make sure there’s no drop-off. That’s why I play so hard.”

Playing hard, but he is also playing well in so many areas.

“Have to like how many ways Cason Wallace can impact that game. Anybody who plays that hard and can create, shoot, pass, defend, and rebound looks like an All-SEC player,” Cats Illustrated publisher Justin Rowland said.