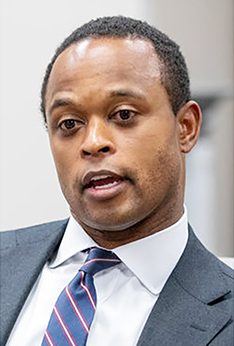 The Attorney General’s Election Fraud Hotline is active throughout the year and records messages 24 hours a day, seven days a week. During the 2022 general election, the hotline will be staffed, and calls will be answered live during early in-person voting days, which run through Nov. 5, as well as on election day, Nov. 8.  The hotline will be staffed from 6 a.m. to 7 p.m. Eastern Time.

Information submitted to the hotline will be reviewed by prosecutors, and any complaints that contain allegations of election fraud will be referred to the Attorney General’s Department of Criminal Investigations. Examples of election fraud include campaign violations, electioneering, bribery, poll disruption, and voter or election worker intimidation.

“Tips from Kentuckians play a vital role in our efforts to investigate and prosecute criminal violations of election law,” said Cameron. “Our office is committed to protecting the integrity of the 2022 general election, and we encourage anyone who suspects election fraud to report it immediately by calling 1-800-328-VOTE.”

On early voting days and on election day itself, the number of complaints logged by the hotline can be viewed by visiting ag.ky.gov/election-hotline-updates. Complaints received after the polls close will be added to the website the following day.

In addition to the hotline, investigators with the Attorney General’s office may patrol precincts and polling places across Kentucky on Election Day to respond more quickly to complaints.

Cameron says he is committed to upholding the state’s election laws and to holding accountable those who break them.