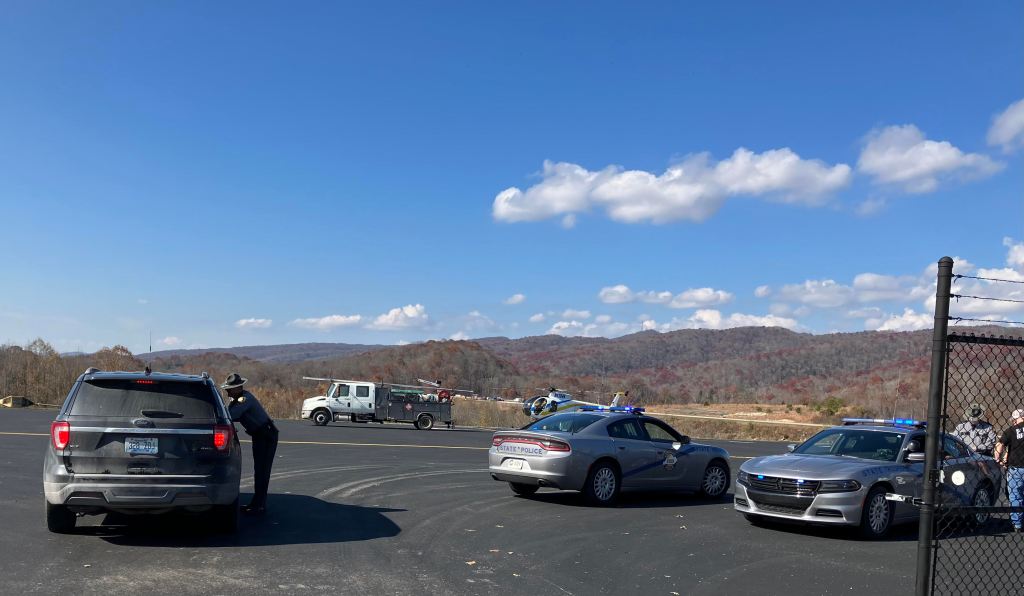 Kentucky State Police secure the scene following the crash of a small airplane at Tucker-Guthrie Memorial Airport on Thursday. (Photo by Joe Asher)

A small airplane was involved in a crash on Thursday at Tucker-Guthrie Memorial Airport in Harlan, resulting in at least one death.

“At approximately 10 a.m. this morning, Post 10, Harlan received multiple calls in reference to a loud noise,” Jacobs said. “A short time later, a small plane was discovered crashed just south of the airport.”

Jacobs confirmed there were no known survivors of the crash, with one fatality verified as of approximately 12:30 p.m. on Thursday. At this time, it is unknown how many people were in the airplane.

Kentucky State Police secured the scene awaiting the arrival of FAA officials. The FAA will lead the investigation. More information will be released as it becomes available.