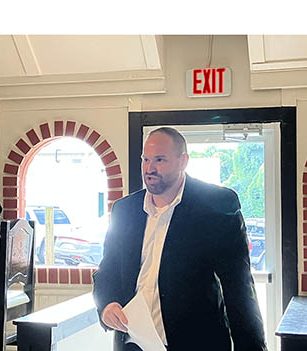 The Harlan County Chamber of Commerce heard an update during a recent meeting on the state of tourism from Harlan City Tourism Director Brandon Pennington.

“Tourism is such an interesting economic engine in Harlan County,” Pennington said. “We actually haven’t shared our economic impact numbers for this year. The very first thing in your packet is our economic numbers.”

Pennington explained that for 2021, there are 296 jobs in Harlan County, which are in some way supported by tourism.

Pennington noted that Harlan County has the fifth highest rating for tourism spending in the surrounding 18-county region.

“We’re the furthest part of southeast Kentucky,” Pennington said. “You have to be coming here to come to us. So, to know that we’re the fifth highest-grossing (county), that is huge.”

Pennington explained Harlan County has the third highest growth rate in the 18-county region regarding the economic impact of tourism.

“Of course, we have multiple tourism organizations in our community,” Pennington said. “I’m with the city of Harlan Tourism and Convention Commission. We also have Harlan County Tourism, Cumberland Tourism, and Evarts Tourism.”

Pennington said that the city of Harlan measures tourism’s impact through restaurant and hotel tax receipts.

“Our entire economic impact was $23.3 million for 2021, just within the city of Harlan,” Pennington said. “That’s huge.”

According to Pennington, the actual impact is likely higher due to how the numbers are calculated.

Pennington also talked about some of the tourism activities he and his staff are working on.

Pennington said the funds would be used for travel shows to promote tourism products, new videography, and other items to assist tourism in the area.

Pennington mentioned additional grants are being applied to promote Harlan attractions and the entire region.

“This year, we also launched a new website,” Pennington told the Chamber. “Our website and our brochure are both joint ventures between us and all the tourism organization in the county…if you haven’t been to harlantoursim.com recently, please go. The website looks great and is very user-friendly.”

“The Historic Harlan Museum is making progress,” Pennington said. “They’re currently working on the flooring and the paint on the inside. They’ve painted the ceiling. We’ve painted the outside of the building.”

Pennington advised the building which will house the museum is next to the library on Central Street in downtown Harlan.

Pennington said there is no opening date for the museum at this time.