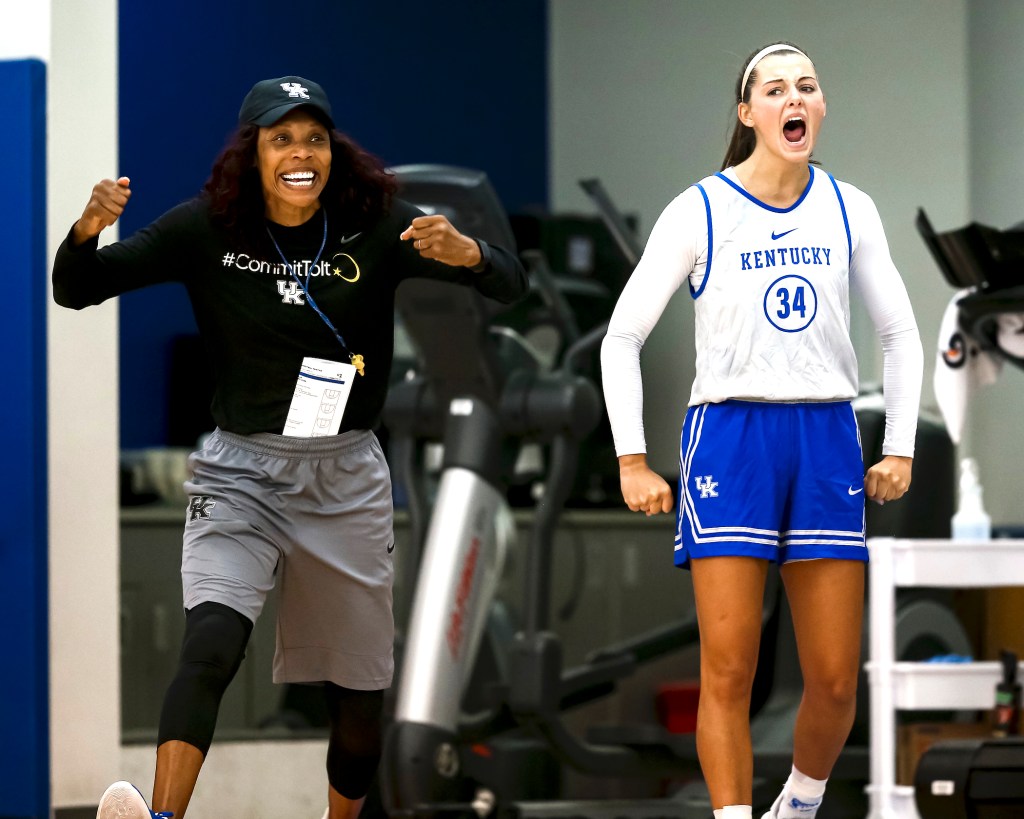 Kentucky senior Emma King, right, admires the way Oscar Tshiebwe has shared his faith with so many people in the last year. (UK Athletics Photo)

Kentucky senior Emma King’s faith is important to her and has shaped her basketball career/personal life for many years.

Not surprisingly, she has a “lot of respect” for Oscar Tshiebwe, the unanimous national player of the year last season and a player who shares his faith as often as he can.

“It is hard for a lot of people to share their faith on such a public platform like he does,” King said. “He has done it very well. He does not care what others care or think about what he does.

“To see how he goes about what he does and the impact he has made on millions of people he has reached, whether he knows it or not, is incredible. It’s very humbling to know he has an opportunity like that and is constantly making themes of it and then still doing what he does on the basketball court.”

King says since the two UK basketball teams share the same facility, she knows most of John Calipari’s players and that the players on both teams get along well.

“Me and Blair (Green) helped with the Father-Daughter Camp. Me and Blair have a better relationship with some of the players, especially because of CJ (Fredrick, who is Green’s boyfriend).”