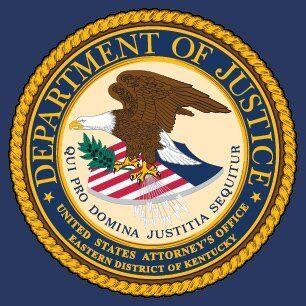 A Phoenix, Arizona, man was sentenced to 35 years in federal prison Tuesday at U.S. District Court in Lexington after previously being convicted of conspiracy to commit kidnapping and interstate transportation of stolen automobiles, one of five defendants in the case.

According to evidence presented at trial, the charges against Rosario Diaz Barraza, 32, stemmed from the kidnappings of two individuals, identified in court records as J.O. and M.A.T.O. Both victims were killed during the kidnappings.

The U.S. Attorney’s office says the victims’ bodies were discovered in the trunk of a Volkswagen Jetta, in September 2017, at a Lexington automotive repair business owned by J.O. Two vehicles belonging to J.O. were stolen at the time and taken to Wilkes-Barre, Pennsylvania.

Camacho Zepeda and Diaz Barraza were distributing kilogram quantities of cocaine and heroin in Lexington, and that J.O. had owed them money, based on his involvement in the drug trafficking. Testimony by a pathologist from the Kentucky Medical Examiner’s Office established that J.O.’s cause of death was attributed to “chop wounds” to the head and asphyxiation.  The second victim, M.A.T.O., died from asphyxiation.

Barraza was convicted at trial, in April 2022.  Zepeda, 54, of Lexington, and John Carlos Betancourt, 27, of Penuelas, Puerto Rico, were also convicted for their roles in the kidnappings, in April, and are awaiting sentencing.

Two other defendants, Jose Felix Tlatenchi, 39, of Wilkes-Barre, and Jean Michael Serrano-Jimenez, 31, of Hanover Township, Pennsylvania, previously entered guilty pleas to charges stemming from their involvement. Serrano-Jimenez pled guilty as charged to conspiracy to commit kidnapping, while Tlatenchi pled guilty as an accessory after the fact to the kidnappings.  Both are also currently awaiting sentencing.

“This was a brutal crime, and yet another example of the disturbing impact that illegal drug trafficking can have on communities,” said Carlton S. Shier, IV, United States Attorney for the Eastern District of Kentucky. “Bringing those responsible for this awful crime to justice involved tireless, dedicated, and remarkable work, by both our trial team and our law enforcement partners, across several states. The conduct in this case more than warrants the sentence imposed and should serve as a warning to those who continue to engage in this dangerous trade.”

Under federal law, Tate must serve 85 percent of his prison sentence. Upon his release, he will be under the supervision of the U.S. Probation Office for five years. 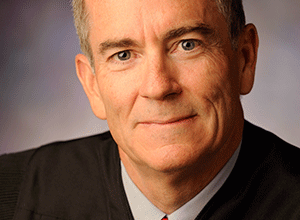