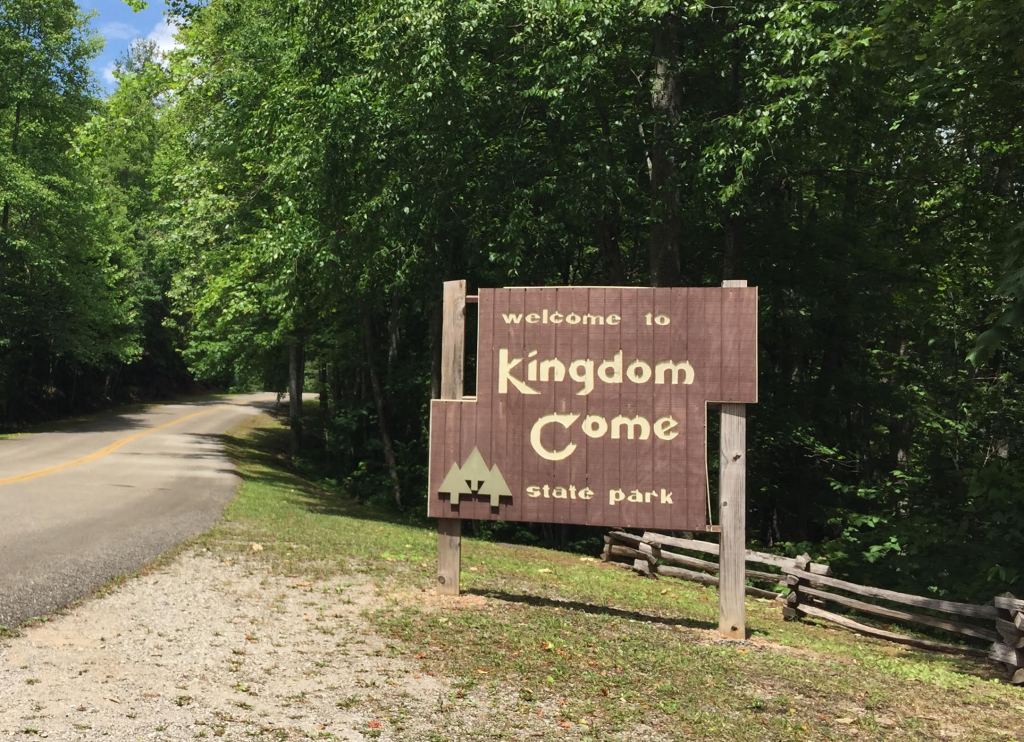 Kingdom Come State Park is expecting $200,000 in funds to be applied to a project which will add multiple cabins and more to the park following Gov. Andy Beshear’s announcement last Tuesday. (Photo by Joe Asher)

Gov. Andy Beshear announced approximately $244,000 in funding last Tuesday to be used in Harlan and Bell counties to improve infrastructure, including paving roads and extending water service. He also announced he had recommended $200,000 in funding from the National Park Service to be used at Kingdom Come State Park.

According to a news release, Beshear presented $10,450 from the Kentucky Transportation Cabinet to the city of Harlan for resurfacing roads in the city that have not been resurfaced since the 1970s.

“Today’s funding prioritizes the wellbeing of Kentuckians,” said Beshear. “These awards are helping us build a better Kentucky by improving roads, water service, and our state parks. These are fundamental investments that will improve the lives of our people.”

“The city of Harlan is most appreciative for the recent funding from Gov. Beshear and the Kentucky Transportation Cabinet.” Harlan Mayor Joe Meadors said. “This allows the city to resurface an area along East Clover Street and South Williams Street adjacent to Harlan High, Middle and Elementary schools – This funding and a recent TAP grant also from the Kentucky Transportation Cabinet for sidewalks and recent school district capital projects of several million dollars will allow for the total transformation of this area within the City of Harlan.”

“We applied for a Land and Water Conservation Grant,” Cornett explained. “It’s matching funds for grant money which we were already awarded from the Frazier Foundation.”

“Partnerships are key to successful projects,” stated Mosley. “The funding announced today by Gov. Beshear for Kingdom Come State Park to construct camper cabins is the final piece of the puzzle to get this project moving forward. I’m extremely grateful to the governor and Department of Parks Commissioner Russ Meyer for believing in this project to provide lodging options at Kentucky’s highest elevated state park. I’m also thankful to the Harlan County Fiscal Court, Cumberland Tourism, The Frazier Foundation, and Friends of Kingdom Come State Park for the financial commitment of these organizations to establish the seed money to match this Land and Water Conservation grant to bring this highly anticipated project to fruition.”

Cornett explained what the funding is earmarked for at the park.

“It is to construct six sleeper cabins, a bath/shower house, and to convert the current park house into a larger cabin,” Cornett said. “It’s also to help with the underground utility lines, sewer, lights, and everything like that. All the infrastructure needed to get those cabins up and running.”

Cornett said there is not yet a start date for construction, as engineers are still in the process of designing the project.

“As soon as they get through with that, hopefully, we’ll start moving pretty fast,” Cornett said.

Cumberland Mayor Charles Raleigh expressed his appreciation for the funding.

“We are truly grateful to have the governor coming to present the award grant for the park project,” Raleigh said. “This project will greatly help the park and the city in the future growth for our area. We look forward to future projects with the governor’s help.”