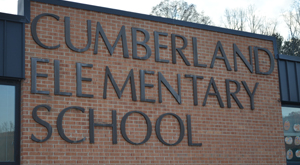 Several students at Cumberland Elementary School were not feeling well on Wednesday, Sept. 14, due to a recent TikTok challenge involving eating a tortilla chip with dangerously hot seasoning.

According to a statement on the Harlan County Schools’ Facebook page, the “One Chip Challenge” caused several Harlan County students to experience an adverse reaction after eating a Paqui Chip, which can be purchased locally. The packaging states to keep the chip out of reach of children. There have been numerous reports of students in other communities being hospitalized after consuming the chip.

“A parent purchased the chip one evening, and a student brought the remaining part of the chip to school and handed out pieces of the chip in the cafeteria,” Cope said.

According to Cope, the chips are sold one chip per container.

“The box is shaped like a coffin, with multiple warnings on the outside of the box,” Cope said. “The chip is dark in color, maybe black or very dark blue.”

Cope explained the chip’s effects may be felt just by contact with the skin.

“If it comes in contact with the students’ skin or lips, it immediately turns them blue,” Cope said. “I had kids crying with abdominal pain, throwing up, watery eyes, some had trouble breathing.”

Cope said she discovered on Friday that one student had to see a doctor and receive medication. She added that 17 students had taken part in the incident, with 13 of those students having an adverse reaction from consuming the chip.

“If you look up the Scoville Heat Index for peppers, it is equivalent to 2.2 million (Scoville Heat Units),” Cope said.

Cope mentioned all the children who were affected by the incident have returned to school with no further issues.

“I personally called every single parent of every child that was involved and let them know their child had participated,” Cope said.

Cope mentioned none of the students involved received disciplinary action due to the incident, but that may not be the case should the situation occur again. The chips are now not allowed at school.

“If it were to happen again, we would have to readjust how to handle things, but I don’t foresee that happening,” Cope said.

The Harlan County Schools’ Facebook page states that participating in challenges is against school and district policy.

The chips can be purchased at multiple locations in the area.