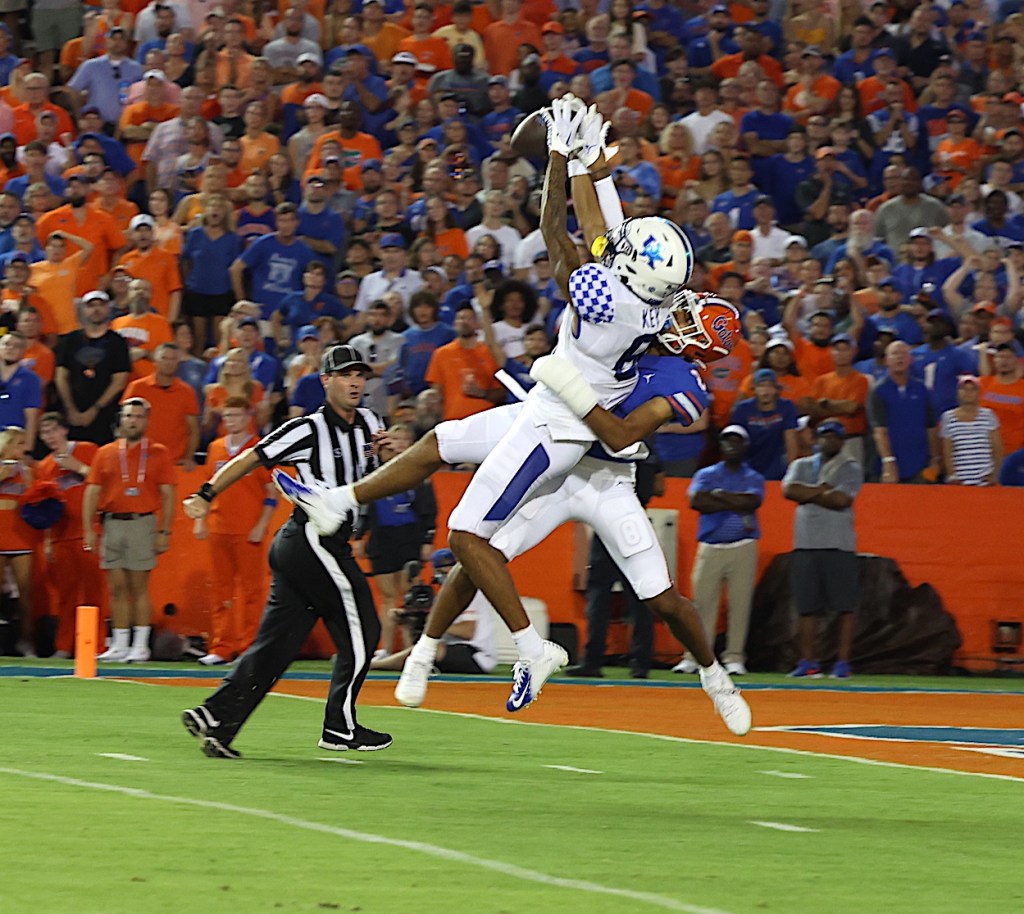 Dane Key had three catches for 83 yards at Florida and has seven catches for 136 yards and two scores in two games. (Photo by Vicky Graff)

ESPN analyst and former NFL star Desmond Howard gave a lot of pregame love to Kentucky freshman Dane Key before the Wildcats won 26-16 at Florida and Key had a spectacular 55-yard touchdown catch.

Kentucky recruiting coordinator Vince Marrow, who played high school football in Ohio against Howard, knows it is unusual for a national analyst to  heap praise on a Kentucky freshman.

“They (analysts) often look at Kentucky football and wonder if the recruits are that high (in the rankings) when they play in Kentucky,” Marrow said. “We still take players from Ohio but that has gone from about 10 to five (per year) because we are taking five from Kentucky now.

“Dane is going to be a great player here. He has great parents, great people around him. The moment is not too big for him. That catch he made (for a touchdown) was one of the all-time big catches here. He also blocked well. We really got a gem in him.”

He is the first UK player to have a touchdown catch in each of his first two games.