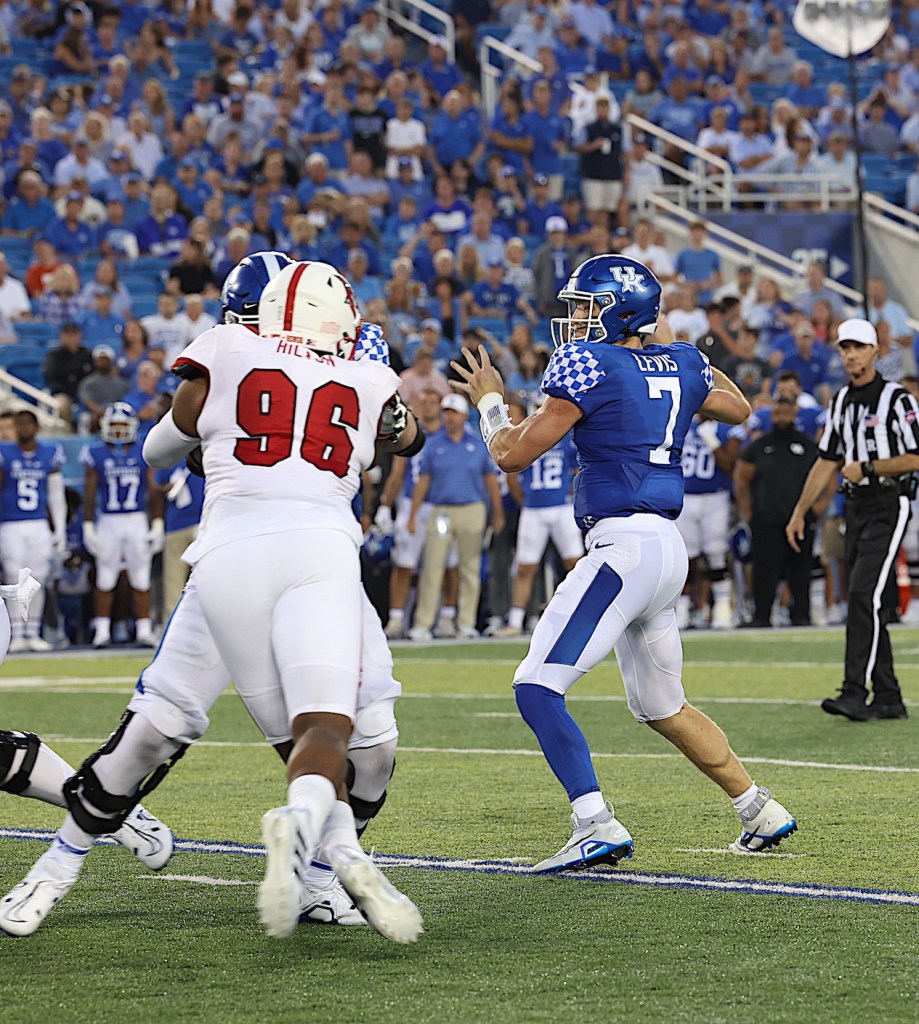 Kentucky quarterback Will Levis will have to throw the ball well if the Cats are going to beat Florida this Saturday. (Photo by Vicky Graff)

If Kentucky is going to win at Florida Saturday night, the UK defense is going to have to find a way to contain quarterback Anthony Richardson.

“He is the most-talented quarterback Florida has had since Tim Tebow. I absolutely think he’s the most intriguing prospect at that position in all of college football this year,” ESPN college football analyst Dan Orlovsky said about Richardson before he led the Gators to a 29-26 win over then No. 7 Utah last week.

Richardson rushed for three touchdowns, including the winning score with 1 minute, 25 seconds to play. Two of the scores came on read-option plays where he outmaneuvered the defense. He finished the game with 168 yards passing and 106 yards rushing.

“I feel like it boosted some guys’ confidence. A lot of people doubted us, that’s how the world works, some people love you and some people don’t. So we just fought through it and won the game,” Richardson said after the win in coach Billy Napier’s first game at Florida.

Now Kentucky comes into Florida hoping to win like it did in 2018 — UK’s first win in Gainesville in over 40 years. Now Kentucky will be trying for consecutive wins over Florida for the first time since 1976-77.

“After what we’ve seen tonight; I can’t wait to scout Florida QB Anthony Richardson live next week vs Kentucky. Richardson vs. UK QB Will Levis is the best QB scouting matchup of the first month of the CFB season,” college football analyst Todd McShay posted on Twitter after Florida and UK both won their opening games.

Levis completed 21 of 32 passes for 303 yards and three touchdowns with one interception against Miami of Ohio. That was his fourth best total at UK — he threw for 419 yards against New Mexico State, 372 against Tennessee and 367 against Louisiana-Monroe in 2021.

Kentucky coach Mark Stoops did nothing to slow down the national/local hype about Levis going into the season but, as usual, was blunt and honest in his assessment of his quarterback’s play in the first game.

Overall, he thought it was good with some “muddy reads” at times.

“He threw a couple that weren’t accurate as far as his standards and our standards,” Stoops said. “He is who he is. He will get better and better. When he had time and stood in the pocket, you saw him deliver the football with great arm strength and accuracy that not a lot of people have.”

Stoops said at times Levis tries to take “something off” his throws and that leads to inaccuracy. Don’t look for him to do that at Florida.

“He rips it and some people can’t handle it. We have got to work that out,” Stoops said.

Former UK running back Anthony White was concerned Levis was making throws off his back foot more than normal, especially since an off-season emphasis was supposed to be on improving his overall mechanics.

“He was having to move around and throw off different angles a lot,” White said. “He threw a lot of what I call non-mechanical throws, so that does concern me going into Florida.”

Levis will have to be at his best for UK to win at Florida much like Terry Wilson was when Kentucky won there in 2018. The Swamp holds over 90,000 fans and Napier became the first Florida coach in program history to beat a ranked team in his Florida debut. That’s only going to increase the hype for Saturday’s games because Florida fans were already incensed that UK was picked to finish ahead of the Gators in the SEC East. Florida fans were particularly angry last week when former coach Dan Mullen picked UK second in the East behind only Georgia.

“You have got to practice at a whole different level this week and the coaches have to turn the heat up to make them feel uncomfortable to get ready for playing at Florida.”

And based on what Richardson did to Utah’s defense, Kentucky defenders are going to be uncomfortable a lot chasing him just like Florida’s defense will be pressured by Levis  in this battle of marquee quarterbacks. 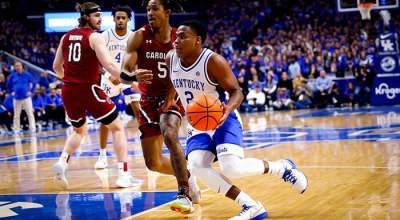