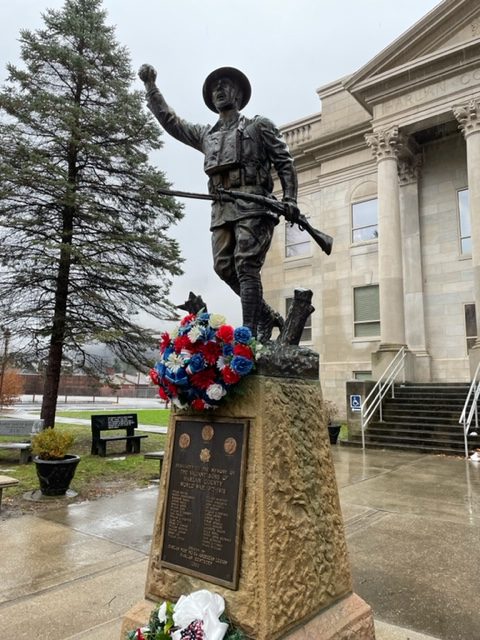 During a recent meeting, the Harlan County Fiscal Court heard a request from a Harlan County resident concerning needed upgrades at the Shriner’s park facility in Putney.

“The next item on the agenda would be to hear individuals and delegations,” said Harlan County Judge-Executive Dan Mosley. “Is there anybody here that would like to address the court?”

Lonnie Hill, representing the Harlan County Shriners, stood to speak to the court.

Hill explained the park had not been used much recently due to Covid-19 and other obstacles.

“It’s been a long time since we’ve been able to do anything with the park,” Hill said. “We’d like to have more playground equipment.”

The park is located in Putney.

“More people go there than people think,” Hill said. “They walk, they play with what little bit they’ve got to play with, and that’s it.”

According to Hill, the park could better serve the people if the location was better equipped.

“Our building is run down. We need to upgrade,” Hill said. “We’ve got some stuff that we have to take care of now.”

Hill told the court the park would soon be used for an event for special needs children.

“That’s something I understand is not being done around here at all,” Hill said. “If this works out, we’re planning on making it an annual event.”

Hill told the magistrates any assistance would be appreciated.

Mosley asked for examples of what upgrades the park’s building requires.

Hill explained the kitchen, bathrooms, and the floor all need work. There are also equipment needs such as an ice machine.

The park has been the location of a popular horse show, Christmas light display, and other attractions for many years.

Hill pointed out Shriner participation is down in Harlan, with only a few members currently participating.

“We don’t have enough people to put on a horse show right now,” Hill said. “I think if we show the Shriner’s that we’re back up and running, people will come back.”

“We’ll take this request under advisement and discuss it further,” Mosley said. “We’re just now into our new budget cycle for this fiscal year, so anything that we do, we’ll have to figure out where that’s going to come from.”

Magistrate Clark “Sparky” Middleton said his district could donate a portion of the district’s coal severance funds toward the project.

Mosley mentioned the Christmas light displays that have previously been a mainstay of the Shriner’s facility.

“Those Christmas lights have drawn people in from everywhere,” Mosley said. “I’ve run into people in neighboring counties and across the state that have talked about driving through it.”

Magistrate James Howard suggested sending an individual to the park to assess what could be done.

“James (Howard) is referring to (an individual) who works for the county,” Mosley said. “He’s kind of our utility guy. He’s a very skilled carpenter and craftsman. He can fix about anything. He can probably look at things to determine what would be the best solution and get a good estimate on what it would cost.”

Mosley stated the court would research the situation further to determine what action may be taken.