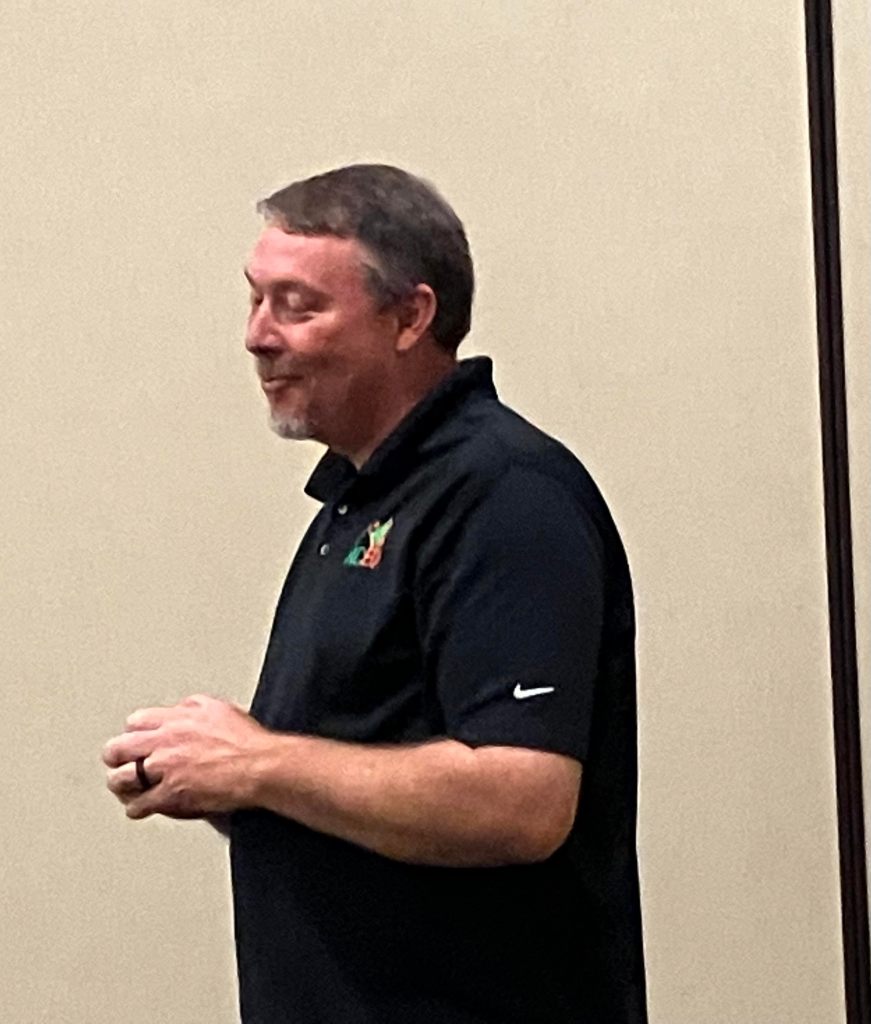 Chad Brock addresses the Harlan City Council on Monday, telling the panel about a new climate controlled storage facility he plans to open in the city/ (Photo by Joe Asher)

The Harlan City Council met in regular session last Monday, opening the meeting by hearing from the owner of a new climate-controlled storage facility planned to open soon.

Harlan City Mayor Joe Meadors introduced the operator of the upcoming storage facility to the council.

“Tonight, we have Chad Brock here,” Meadors said. “I’m not going to steal any of his thunder … He bought the old Modern Electric warehouse several months ago and has invested quite a bit of money in climate-controlled storage, which we’ve never had in Harlan.”

According to Meadors, the storage facility will be a significant asset to the community.

“If you want to store your clothes or fine furniture, you just about have to have it in a climate-controlled space,” Meadors said. “A lot of people think you can go ahead and store furniture, but if it’s not heated and cooled, you get that mold in there, and it will eventually get down into the finish of your furniture, and it will destroy your clothes.”

Meadors mentioned Brock has already put a lot of work into the facility.

“It’s at 311 North Main Street,” Brock said. “I’ll make this very short. I just want to invite you all down if you’ve got about five minutes to look at the inside at what we’ve done so far.”

Brock told the council that construction inside the facility will start within the next few weeks.

“It’s a big transformation inside that building,” Brock said. “It’s all new.”

Brock said the facility will house 18 separate storage units and a couple of offices.

“There are two offices,” Brock said. “One of those offices we’re going to reserve for ourselves for operations … This will end up being our main office.”

Meadors told the council the facility is shaping to be an excellent addition to the city.