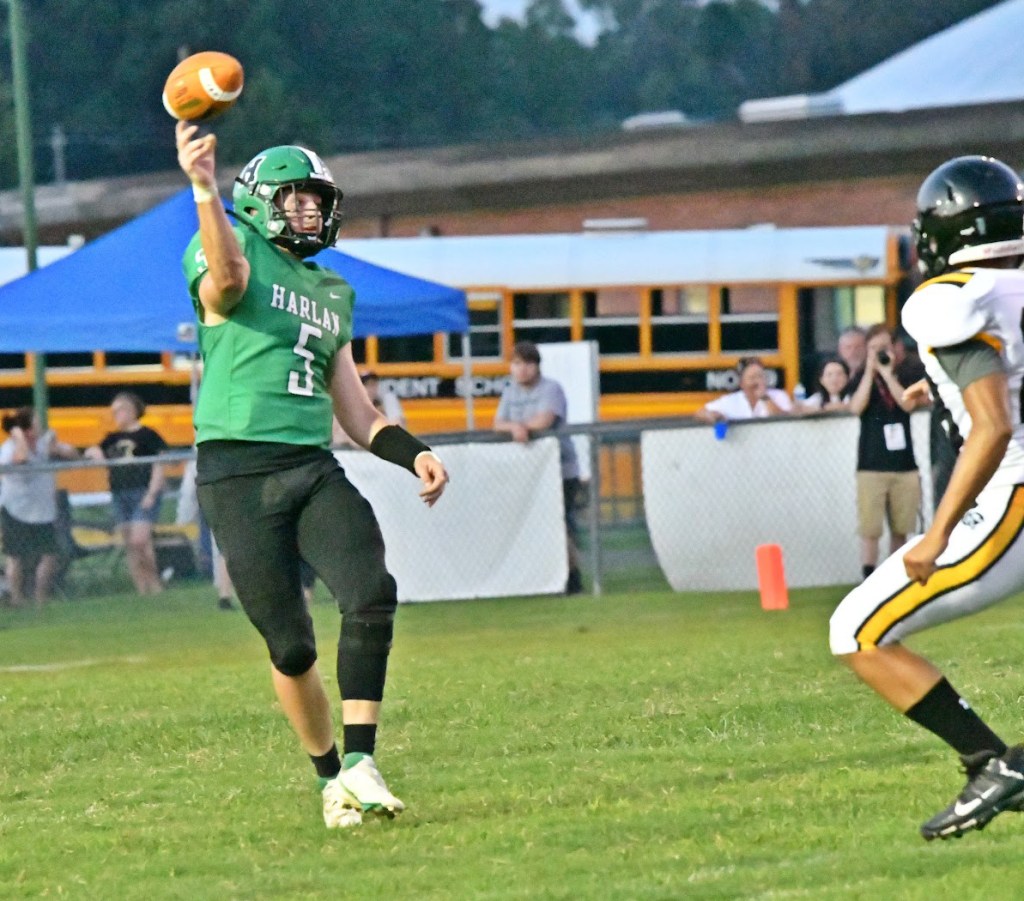 According to Harlan coach Eric Perry, he saw some good things from his Dragons.

“Defensively, I thought we had good things happen and a lot of things we have to clean up,” said Perry.

He was pleased with the offensive showing.

“Offensively, I thought our run blocking was much improved, and the backs ran hard,” added Perry. “We did a much better job blocking on the edge.”

Senior receiver Will Austin had three receptions for 37 yards.

Austin, Nate Montanaro, and Washington each scored touchdowns for the Green Dragons.

“Gotta long ways to go on both sides of the ball, but I did like our energy,” said Perry.

Harlan will have one more scrimmage at home against Twin Springs (Va.) this Friday.

Perry says his roster has reached 26 players, with 25 currently active.

The Green Dragons will kick off the season at home against Berea.

Harlan fell to the Pirates 29-8 last season in Berea.

Perry said he has added another game to the schedule.

His team had two open dates following the removal of Jenkins from the schedule.

The Dragons will be traveling to Phelps on Sept. 30.