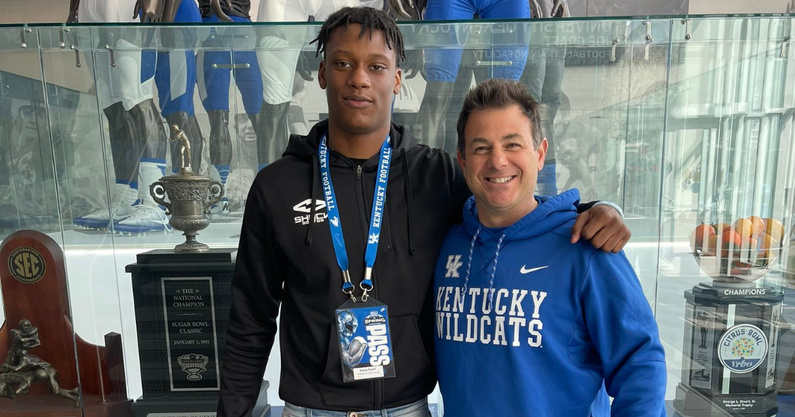 Alabama four-star defensive back Avery Stuart is one of the higher rated recruits that coach Mark Stoops has landed at UK and currently the highest ranked player in UK’s 2023 recruiting class. He picked UK over Florida State, Auburn, Penn State, Oklahoma and others.

With all the focus on how name, image and likeness (NIL) and the impact it is having on recruiting, I asked Alabama Christian Academy coach Michael Summers if any NIL incentives influenced Stuart’s decision.

“Not that I know of,” Summers said. “I think some other schools … (UK assistant) coach (Frank) Buffano said he could not talk about that kind of stuff right now.

“I respect that. That is being by the book. I am sure if he gets there and does his job, that stuff will take care of itself. But they (UK) had enough integrity not to break the rules.”

Stuart is the No. 20 highest rated commitment all-time at UK according to 247Sports and rated about receivers Dane Key and Keaten Wade, two stars in the 2022 recruiting class, and 2023 receiver Shamar Porter. He is regarded as the nation’s 12th best safety by 247Sports and 197th best player.

Stuart also plays receiver because Alabama Christian is a 1A school enrollment-wise playing up in 3A against schools with more numbers.

“He obviously plays safety but we also need him at receiver,” Summers said. “That’s not his natural spot but we beat our city rival who was state runner-up and he had a big interception but also a really big touchdown catch.

“We are a run team but our quarterback is pretty good at getting him the ball. We are hoping people double team him and we can run it down their throat. If not and they don’t double team him, we are going to throw it up and let him go get it.”

Summers said he’s known Stuart was special for several years and has tried to help promote him as much as possible.

“We got information out on him but he also plays a lot of 7-on-7 ball to get his name out there. He went to a lot of camps to get a lot of tape out. A combination of all that and his special talent made a lot of schools notice him and Kentucky is getting a really, really good player,” Summer said.