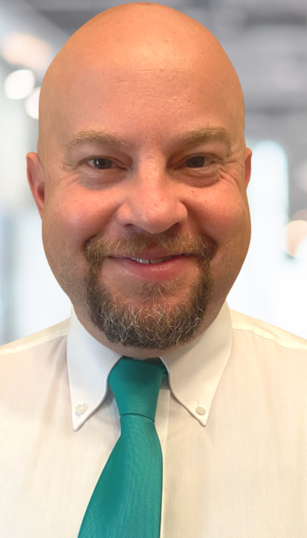 “Mike Bolton is a 20-year veteran educator,” Morton said. “He’s got quite a bit of experience working in middle schools, previously he was a middle school principal in the Bell County school system.”

“He came over and taught social studies at our high school for the last two years,” Morton said. “He’s also been an assistant academic team coach, and the team has done very well.”

“We interviewed five candidates for the position,” Lawson said. “All were very qualified. The committee made their recommendation, and I was able to hire Mr. Mike Bolton as the new middle school principal.”

Lawson noted Bolton has a great deal of experience as an educator.

“He comes bearing a lot of experience and a lot of very specific details as far as his vision and what he would like to see in the middle school,” Lawson said.

According to Lawson, Bolton’s experience in administration and in the classroom is his greatest asset for the job.

“He’s going to make a wonderful partner in administration, and I look forward to working with him,” Lawson said.

Bolton is optimistic about the future of the school.

“I really believe the sky is the limit with Harlan Middle School,” Bolton said. “To say that I’m excited would be an understatement.”

Bolton worked for 18 years in the Bell County School System before coming to Harlan Independent two years ago.

“Three of those years I was assistant principal at Right Fork School Center,” Bolton said.

Bolton stated he jumped at the opportunity to join his wife at Harlan Independent Schools, where she has been a teacher for 21 years.

We decided early on we wanted to send our kids there (Harlan Independent), it’s the best school district around,” Bolton said. “I got the opportunity a couple years ago to join them there. It’s been an excellent opportunity.”

Bolton is originally from Harrogate, TN.

Bolton graduated from Middlesboro High School and attended Southeast Community College. He earned a bachelor’s degree in History and Education from Lincoln Memorial University (LMU) and a master’s degree from Union College. Bolton also earned an EdS. from LMU.

“I would like to thank Mr. Lawson, Mr. Morton and the interview committee for giving me the opportunity,” Bolton said. “I’m ready to hit the ground running.”

Morton said Bolton has built exceptional relationships with the staff and students.

“We’re excited about the things he’s going to be able to do,” Morton said. “He has a plan to take our middle school to a new level, and we’re excited to have him.”

Bolton has high expectations for the future of Harlan Independent Middle School.

“I’m going to work hard to make Harlan Middle School the best place it can be for students, parents and teachers,” Bolton said.

Bolton will fill the position of Harlan Independent Middle School Principal on July, 1.