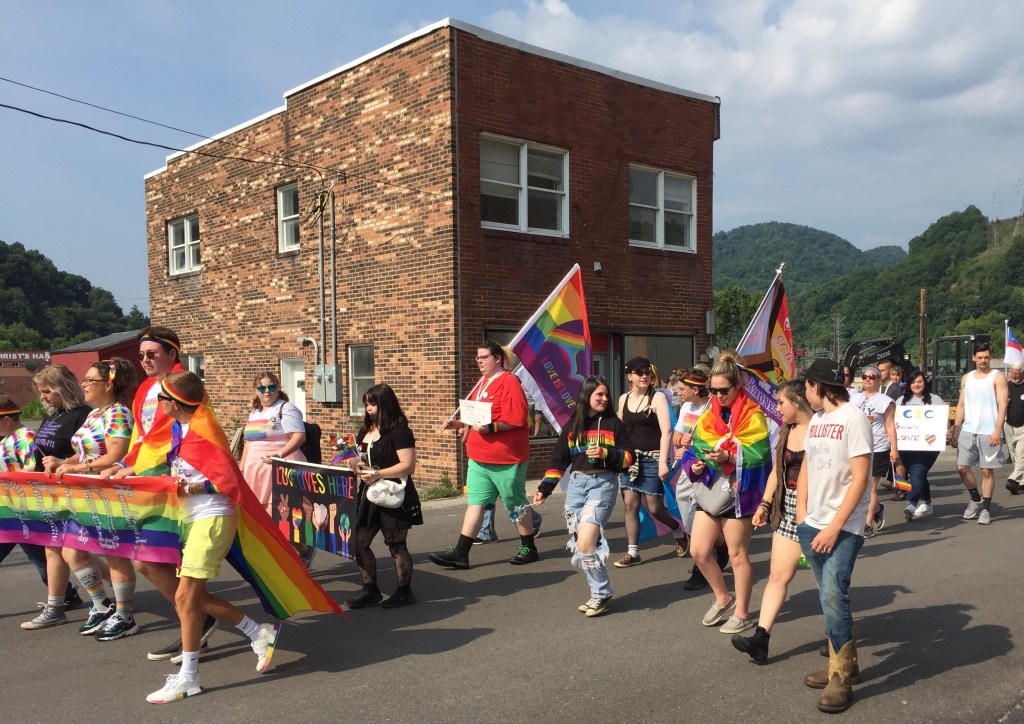 Harlan’s first ever Pride March took place on Saturday, with many people on hand to take part in the event. - Photo by Joe Asher

Harlan County’s first PRIDE March took place on Saturday, with a substantial crowd taking part in the walk through the streets of downtown Harlan.

Participants began gathering at approximately 9 a.m. near the gazebo on the Harlan County Courthouse grounds.

“We’ve got a good turnout,” said Bledsoe. “I’m very happy to see lots of familiar faces. I’m happy people are coming out and they’re not afraid.”

Participants showed up to march for many individual reasons as Deanna Woodsby of Loyall demonstrated.

“I’m here for my daughter, she came out to me several years ago and I’m here to march with her and represent that love is love with all these people,” said Woodsby.

“I think it’s important that everyone should recognize the love and hard work that Leslie Bledsoe has put in,” Woodsby said. “I want people to know it’s not wrong. If it’s wrong in their eyes, they just need to look another way. I think people should be happy and live their lives the way they are and not judge.”

The participants began their march at 10 a.m., with up tempo music setting the pace.

Local resident Mary Gambrell explained her reasons for participating in the event.

“Basically, I just wanted to get out and socialize with people who I knew wouldn’t judge me,” said Gambrell. “I’m not gay, but I’ve always liked the gay community and there are a lot of good people in it. I just wanted to enjoy myself for a moment in this very difficult world.”

In addition to marching, the event featured multiple speakers, including a reading of a letter from Gov. Andy Beshear addressing the event.

“On behalf of the Commonwealth, I am pleased to welcome you to Harlan’s first ever PRIDE March, celebrating the lives and contributions of the LGBTQ+ community,” states Beshear’s letter. “From border to border, Kentuckians are marking this time of hope, progress and promise for all of its citizens.”

The march ended back on the courthouse grounds, with participants taking a little time to socialize before leaving the area.