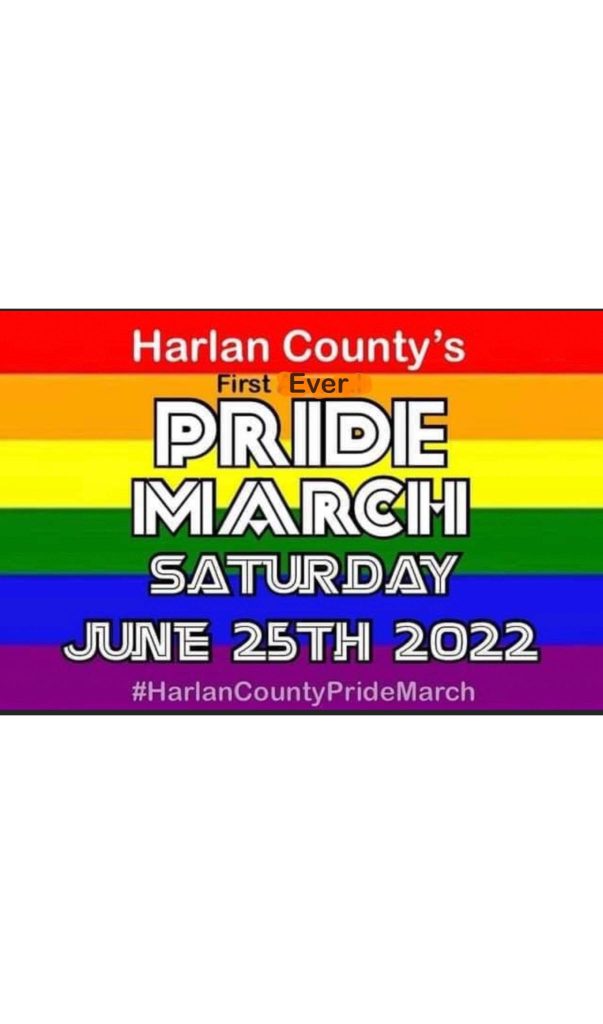 Harlan County will see it’s first Pride march on June 25, as participants gather to support those in the community who may not realize they are not alone.

“This will be the very first,” event organizer Leslie Bledsoe said. “I think that’s all it’s going to take for there to be another. I just don’t think anybody has been willing to take the backlash, because there has been some backlash, but not as bad as I expected.”

Bledsoe talked about the importance of the event in a recent interview with the Enterprise.

“The reason I organized this is there are so many LGBTQ+ teens in our area, and I know it was very hard for me growing up,” Bledsoe said. “I just want them to know they’re welcome and they belong here … We need to have a march to let these kids know there are people here that support them … So, basically, we’re going to meet up, we don’t have anything big planned, we just want to march because it is such a huge thing for Harlan County.”

The march will take place bright and early in the morning.

According to Bledsoe, the march is a grass roots effort and is not affiliated with any group or organization, and hopes that someone will step forward to organize march next year so that it becomes an annual community event.

Bledsoe added all are welcome to join the march.

“This is a family friendly event,” she said. “All are welcome to walk, friends, family or allies.”

Bledsoe said a letter she has received from Gov. Andy Beshear’s office concerning the event will be read during the event.

There is also hope that there will not be any opposition to the event but Bledsoe has message for individuals who show up to counter protest.

“We’re hoping that people choose not to protest, but if they absolutely must come and protest, we just ask that instead of screaming hateful things at adults or children that they consider giving mom and dad hugs instead and tell them you love them,” she said.