Poke Sallet on the menu 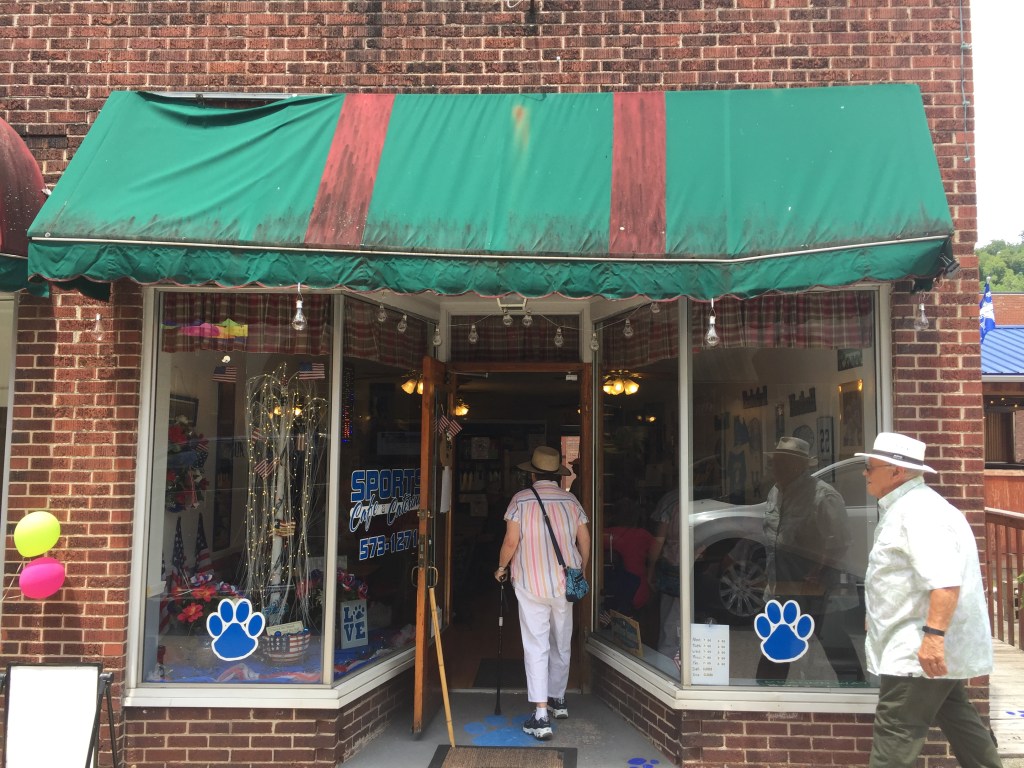 Folks filed into the Sports Cafe in downtown Harlan on Friday to sample the Poke Sallet Dinner, served up every year during the Poke Sallet Festival which is currently in progress/Photo by Joe Asher

The Poke Sallet Festival’s namesake was available for sampling on Friday.

The Sports Cafe located on Eversole Street in Harlan featured a full poke sallet dinner on the menu for the festival on Friday. The restaurant was running full tilt by noon to keep up with the orders, most of which appeared to be the full poke sallet meal.

The full meal included a serving of Poke Sallet served with the customary scrambled eggs, green onion, boiled egg, bacon, pinto beans, roasted potatoes and a chunk of cornbread. For those not hankering for the full meal, there was also an order of Poke Sallet with cornbread on the menu.

While many area residents are aware of the delicacy the festival is named after, there are quite a few trying the dish for the first time.

Harlan County residents Leonard Asher and Norma Asher were at the festival to sample the Poke Sallet dinner while taking in the sights and sounds of the event.

“My mother used to make poke sallet when I was a little girl,” said Norma Asher. “Mom didn’t make it quite like this, but the taste is very similar. I enjoyed it.”

While poke sallet is eaten in southeast Kentucky as well as in places all over the southern United States, it is a well known fact the plant itself is toxic if not prepared properly.

According to the website www.heysmokies.com, poke sallet is derived from the Phytolacca Americana plant, also known as pokeweed or dragon berries. When preparing poke sallet, the leaves of the plant must be boiled in water three times to cook out the toxins. The plant sprouts in the spring, and can reach a height of approximately 10 feet, changing from green to a purple color as the plant matures. The plant also increases in toxicity as it grows.

While there are many recipes available for poke sallet, it may be best to consult someone who is familiar with preparing the dish before trying it for the first time.