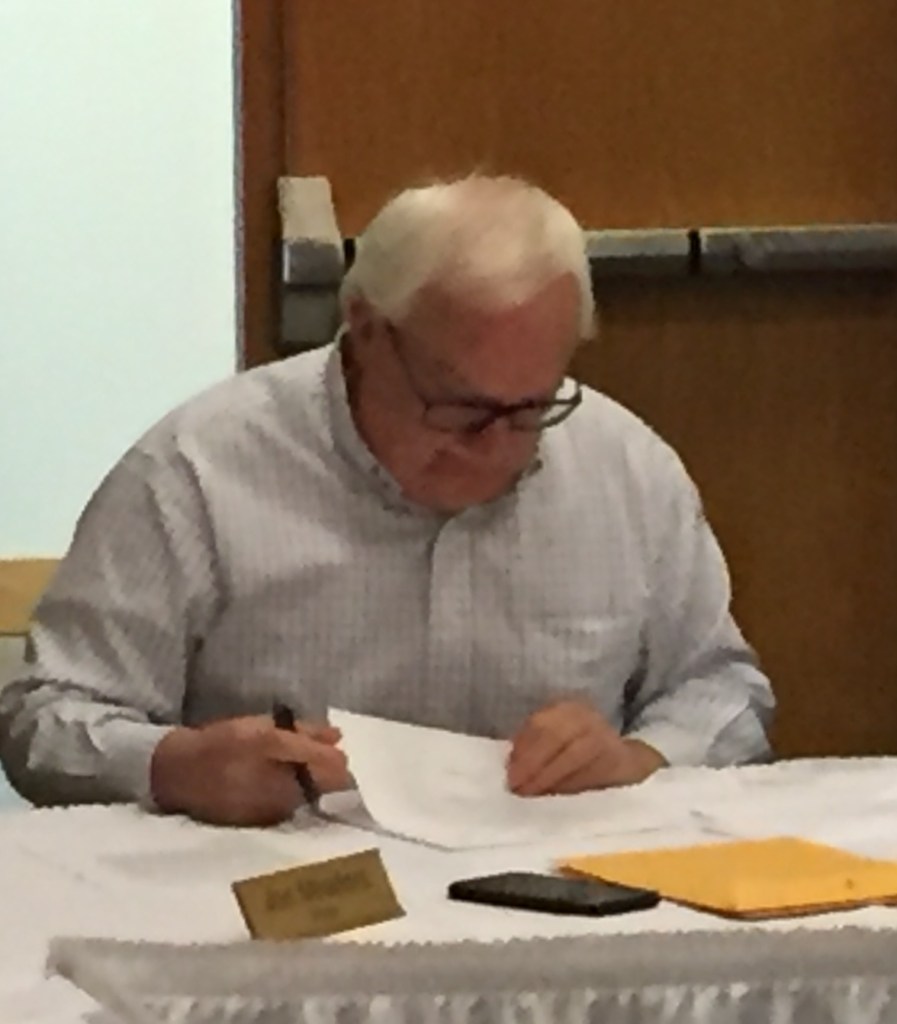 The Harlan City Council addressed the state of the city’s roads and sidewalks during a recent meeting.

Harlan Mayor Joe Meadors brought the council up to speed on the status of sidewalk and road repairs during his report to council.

“We’re still working on the sidewalk projects,” Meadors said. “Going up south Main, the sidewalks are narrow and in a lot of places the telephone poles are right in the middle of the sidewalk.”

Meadors told the council some progress has been made.

“It’s not been easy,” Meadors said. “Some of these neighborhoods where you’ve got sidewalks that are very narrow and there are telephone poles (in the sidewalk), you can’t get the poles moved, you’ve got to deal with them where they are. We’re going to have new sidewalks, but we’re going to have to jump through some hoops.”

Meadors mentioned allowances had to be made for certain situations such as making sure the sidewalks are safe for wheelchair use.

Meadors also updated the council on a situation involving a broken water line that occurred on Central Street near the Harlan County Courthouse.

“We had to dig a road up in front of the old Bank of Harlan building by the courthouse,” Meadors said. “That’s an issue that’s been going on since last fall.”

Meadors explained when the streets were paved in the fall, damage was done to a water line underneath Central Street.

“When we brought that big milling machine in, it’s very heavy and it’s got cutting wheels on it,” Meadors explained. “It’s heavy, and it rolls and vibrates, and we think that’s what did some damage underneath the surface.”

Meadors explained the road had been staying wet constantly since the paving was done.

“If it hadn’t rained in three weeks, water would be coming up out of that blacktop,” Meadors said. “A 12-inch cast iron water line that’s been in since 1914…had cracked on the bottom.”

Meadors told the panel a crew spent an entire day making repairs on the water line.

The council also approved a municipal road fund agreement, leading to a discussion about the condition of U.S. 421. Shortly after the council approved the agreement, council member Jeff Phillips mentioned areas of U.S. 421, commonly known as the bypass, are in disrepair.  Several members of the council agreed the area from the Sunshine Road intersection to Woodland Plaza is in particularly bad condition. The council expressed concern that U.S. 421 bypass is not scheduled for paving this year.

Meadors explained the city does not maintain U.S. 421.