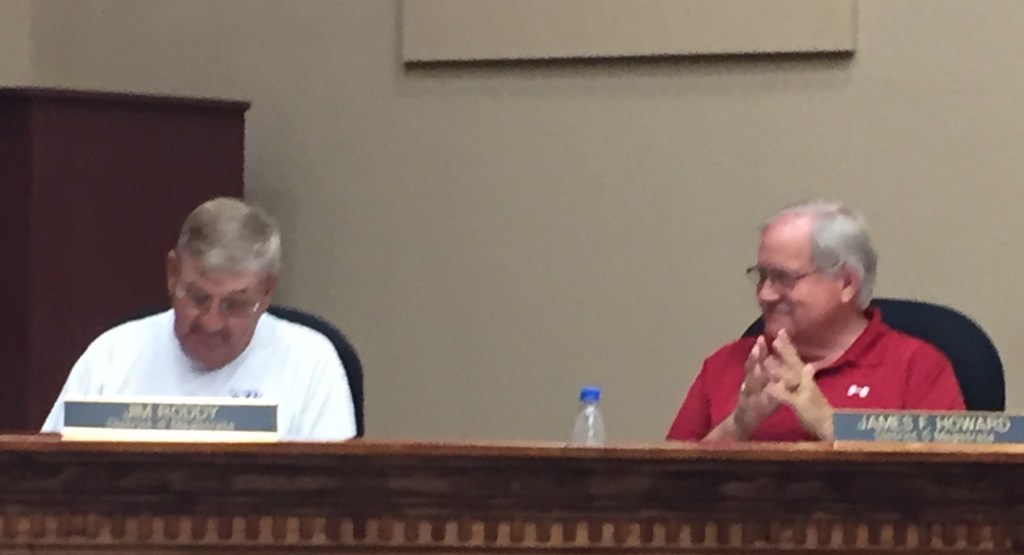 The Harlan County Fiscal Court approved a resolution pledging Harlan County’s support of a NHAD (National Heritage Area Designation) for the region during a meeting on Monday.

Harlan County Judge-Executive Dan Mosley brought the resolution up to the court about an hour into the meeting.

“This is a resolution in support of NHAD,” Mosley said.

He then read the resolution for the court.

“The National Park Service is evaluating the feasibility of including Kentucky wildlands as defined by 41 counties of Appalachia into the National Heritage Area System,” Mosley read.

According to the Kentucky Wildlands website at https://www.explorekywildlands.com, a feasibility study is underway to determine if the southern and eastern Kentucky region meet the qualifications for becoming the state’s first National Heritage Area. Congress designates places where natural, cultural, and historic resources combine to form landscapes important to the nation. National Heritage Areas are large, lived-in areas. There have been 55 National Heritage Area designations made since 1984.

The resolution states Kentucky wildlands represent distinctive aspects of the heritage of the United States, has an assemblage of cultural resources which are of national importance and worthy of recognition, conservation, interpretation and continuing usage.

“Whereas Kentucky wildlands are rich in natural beauty, ancient forests, lakes, culture and folklore, and whereas the county of Harlan contributes to the natural beauty and history of Appalachia, be it therefore resolved the Harlan County Fiscal Court fully supports Kentucky Wildlands, eastern Kentucky pride and it’s application to the National Park Service for a National Heritage Area Designation and will participate actively through private and public partnerships where appropriate to achieve that,” Mosley read.

Magistrate Clark Middleton made a motion to adopt the resolution, seconded by Magistrate Paul Browning. The motion passed with no opposition.

For more information on National Heritage Areas, go to https://www.explorekywildlands.com/kentucky-wildlands/national-heritage-area