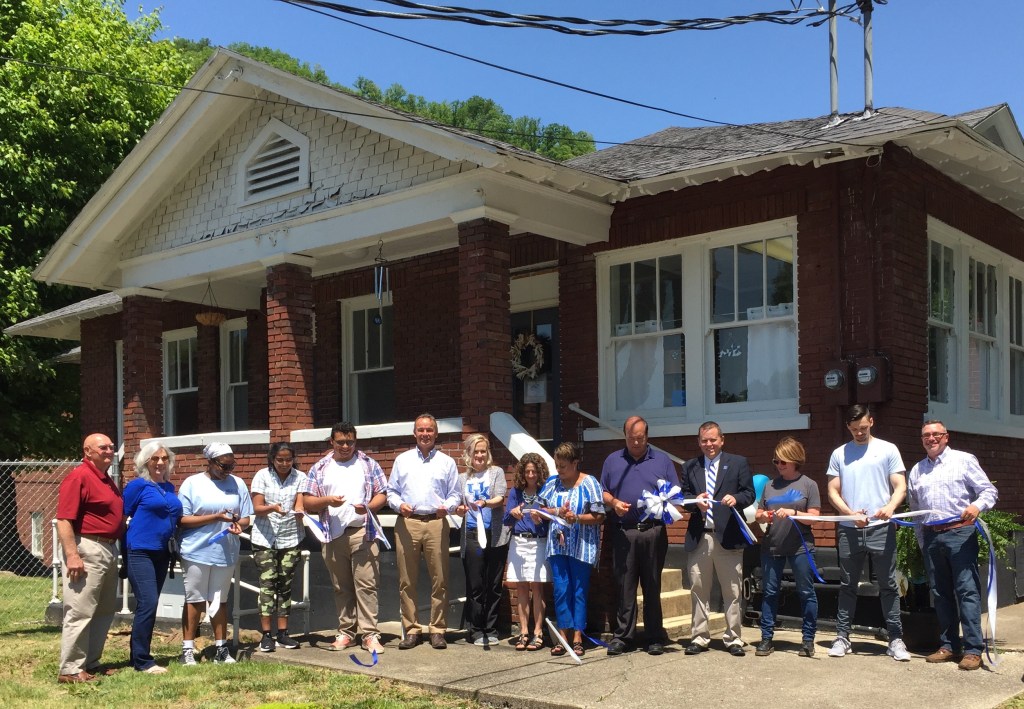 The University of Kentucky’s Make Better Choices 2 program is now up and running at the old hospital location in Benham, kicked off with a recent ribbon cutting ceremony.

Harlan County Judge-Executive Dan Mosley discussed how the project came to the area.

According to Mosley, the University of Kentucky leased the building from the city of Benham.

According to UK’s website the program uses technology such as Fitbits and a health app as well as coaching to help people make changes which enable them to eat and sleep better, get more exercise and reduce stress.

“Unfortunately, we do (have alarming health data),” Mosley said. “It’s trying to help our efforts to create a healthy community mindset.”

Mosley said the project manager for the site is Deanna Sherman. Benham City Council member Chad Morgan has been involved with the renovation of the building.

“It’s repurposed a building that was sitting in disrepair and unusable for a purpose that’s going to benefit the community,” Mosley said.  “It’s possible this building may be used for other purposes as well in the future.”

Dr. Nancy Shoenburg of the University of Kentucky shed some light on why U.K. decided to bring the program to Harlan County.

“We started this program about three years ago, and we didn’t really know where we were going to be located,” Shoenburg said. “But, Deanna Sherman was from here…and she was the person who had the brains and the wherewithal to bring us here. She started looking all around Harlan, Cumberland, Benham and Lynch for a good location.”

Shoenburg said the Benham property was eventually decided to be the location for the project.

“We have three basic aims for this project,” Shoenburg said. “All of which are to improve overall health.”

Shoenburg explained the three aims of the project are for people eat more fruits and vegetables, get more exercise, and spend less time on devices.

“We want people to spend a little bit less time on their devices such as laptops when they’re not working,” Shoenburg said. “We don’t want to take away from anybody’s work, but we do want people to spend more time off of their screens. That’s the goal of this project.”

Mosley noted the project has come to fruition through a collaboration of county government, city government, the University of Kentucky, and Meridzo Ministries.

“It’s proof that when people work together things can happen that benefit our community,” Mosley said. “I’m excited about it.”