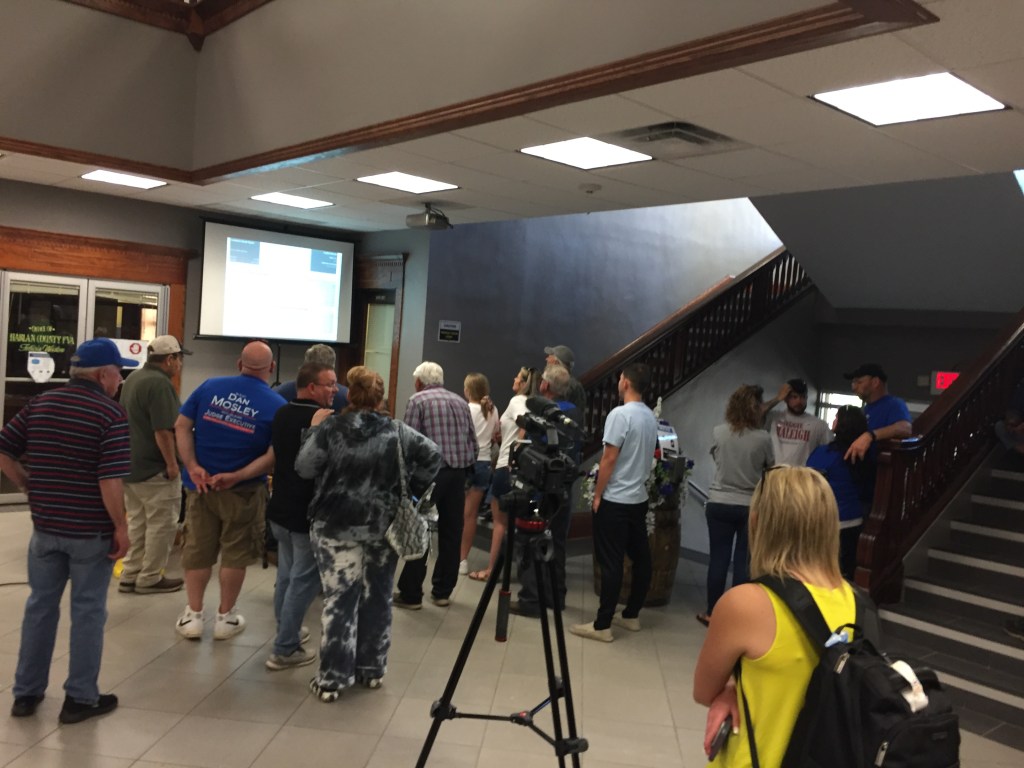 Candidates, voters and spectators gather to view the results of the Primary Election at the Harlan County Courthouse on Tuesday/Photo by Joe Asher

The votes have been counted in Harlan County for the Primary Election, sending successful candidates on to the November General Election. These results are unofficial at this time.

“I’m overjoyed, overwhelmed and humbled by the support Harlan County has again shown me and my family,” Mosley said. “I want to thank everybody for the opportunity to keep this work we’re doing going. We’ve got a lot of good things going on.”

Mosley mentioned there have been many challenges during his time as Harlan County Judge-Executive, including natural disasters, the Black Jewel Mine situation and the COVID-19 pandemic. Mosley hopes his third term will see things such as increased coal severance funding and other positive events.

The Republican choice for District 1 Magistrate is Clark “Sparky” Middleton with 448 votes, edging out challengers Timothy Howard with 143 votes, Reggie Raleigh with 259 votes, and Paul Caldwell who garnered 351 votes.

The Democrat nomination for District 5 Magistrate went to Travis Hensley, who beat out George Grant’s 84 votes.

The Republican nomination for District 2 Constable is Scotty Moore with 755 votes, beating out Gary Plank’s 238 votes.

The winners of the Primary Election move on to represent their party in the General Election in November.