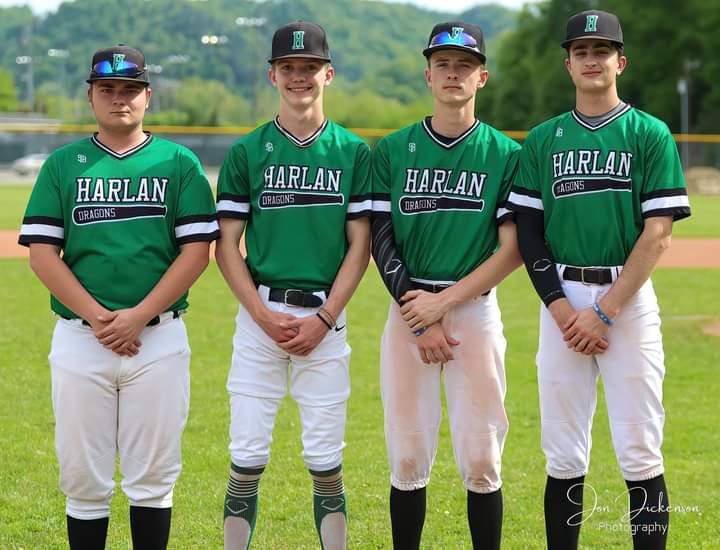 Browning pitched a three-hitter with nine strikeouts and three walks.

Lewis and Montanaro each had four RBIs for Harlan.

Chandler Baker suffered the loss for the Mountain Lions.

The Green Dragons pushed across four runs in the first inning and added six in the second inning. Two more in the third and had four in the fourth inning.

The Lions scored their only run in the opening inning.

Pineville, currently on a four-game losing streak, dropped to 1-14 on the season.

Harlan (12-14) was scheduled to host Williamsburg on Monday.

The Green Dragons will close the regular season at Pineville on Thursday and home against Knott Central on Friday.

Pineville was slated to host THomas Walker (Va.) on Monday and district-rival Barbourville on Tuesday.

John Mark Bryson picked up a win and Evan Browning got the save as Harlan claimed an 8-6 victory at Hancock (Tenn.) last week.

Browning powered the Harlan offense with three hits. Bryson followed with two hits. Donovan Montanaro and Andrew Roark each added a double, while Noah Lewis, Aiden Johnson and Jayden Ward had one single each.

Both teams scored four runs in the first inning. The game was tied at 5 after two innings. The Dragons took a 7-6 advantage after four innings. Harlan added one run in the fifth and final inning.

The Harlan Green Dragons have stolen more bases than any team in the state.

On the base-pads, Harlan has stolen 236 bases this season, which is first in the state.

The closest team is Wolfe County with 151 stolen bases. Louisville Eastern and Lee County are tied with 141 each.

Junior Jaedyn Gist has stolen 56 of 58 bases and is ranked first in the state, as of May 7.

Evan Browning and Donovan Montanaro are tied for second in the state with 36 each. Browning is 36 of 37 while Montanaro has swiped 36 of 42.