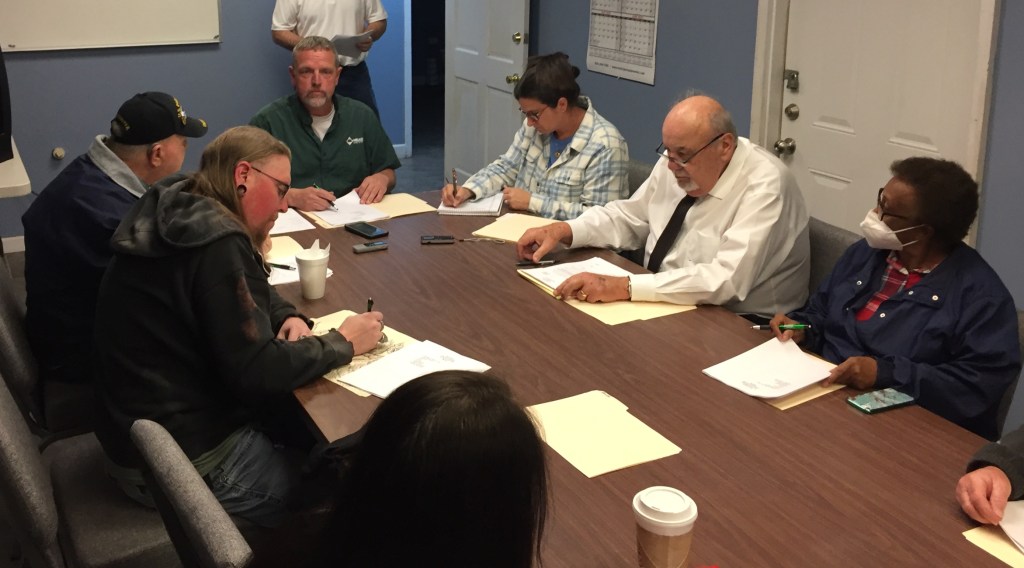 The Evarts city council heard an update on the city’s water system during a recent meeting.

Mayor Eddie Manning called on Water Plant Superintendent Woody Fields to update the council on a recent issue that resulted in the interruption of water service for some customers.

“We’ve been operating off of one pump since that pump has been down, because it’s something nobody else could touch,” Fields said. “It’s a $6,000 pump, we didn’t want to void the warranty.”

Fields said the remaining pump went down the night before Easter Sunday.

“We weren’t able to get hold of anybody,” Fields said.

According to Fields, the company responsible for warranty work on the pump arrived at approximately 1 p.m. on Easter Sunday. The personnel performing the work used parts from both pumps to get one of the pumps running.

“They used parts that were good on each pump to put one in service,” Fields siad. “We do have the housing of the pump and the shaft, but the parts other than the shaft on the pump that broke are good, so we can take those components and put on a new shaft…so we’ll still have two pumps.”

Fields said he is looking into options for additional pumps.

“It’s just one of those things that happens,” Fields said. “Of course, it was on one of the worst days for it, everybody wanted to get up that morning, clean up and go to church and everything….at least they did come and it was able to be fixed on site.”

Fields explained if the issue could not have been resolved on site, the system could have possibly been out of operation for another day.

“It could have been a lot worse,” Fields said.

Manning mentioned he has heard comments about the city’s water from the public.

“Since we put the new filter system in at the water plant, most people are telling me they can really tell the difference in the water,” Manning said. “The clarity, the smell, that really made a difference.”

Manning also mentioned the issue of water loss throughout the water system has improved.

“We’ve made some major moves at the water plant,” Manning said. “Look at the water loss now. Look what it’s gone down to since we started doing this, I applaud Woody and all the guys, they’re working hard and they’ve really been able to take that down. Every time you see water loss that low, it equates to money saved.”