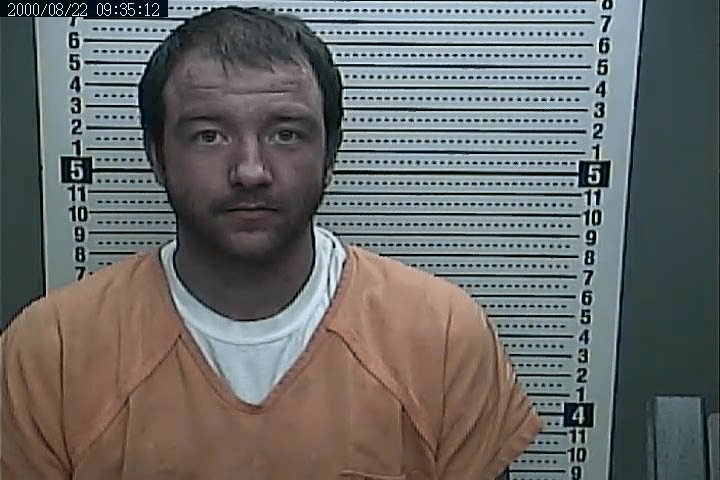 A man is facing a burglary charge after allegedly taking cell phones from a store.

Devin Shepard, 32, of Harlan, was arrested on an indictment warrant on Friday by Harlan City Police Officer Helton.

According to the indictment handed down by the grand jury on March,30, Shepard unlawfully entered the Cricket Wireless store on or about August 20, 2021. Shepard took multiple LG phones.

Shephard was indicted on one count of third-degree burglary. He was lodged in the Harlan County Detention Center on a $5,000 full cash bond.

Ronnie Engle, 44, of Grays Knob, was arrested on a pair of indictment warrants on Friday by Harlan County Sheriff’s Deputy Ferguson.

According to a two-count indictment handed down by the grand jury on March30, Engle had two grams or more of methamphetamine in his possession with intent to sell or transfer on or about Nov. 3, 2021. Engle concealed a bag of methamphetamine and other drugs during the execution of an arrest warrant by the Harlan County Sheriff’s Office.

Christopher Bennett, 36, of Cawood, was arrested by Harlan County Sheriff’s Deputy Reynolds on Monday. He was charged with first-degree wanton endangerment, first-degree criminal mischief, operating a motor vehicle under the influence, and persistent felony offender. Bennett was lodged in the Harlan County Detention Center.

Voters should have picture I.D.