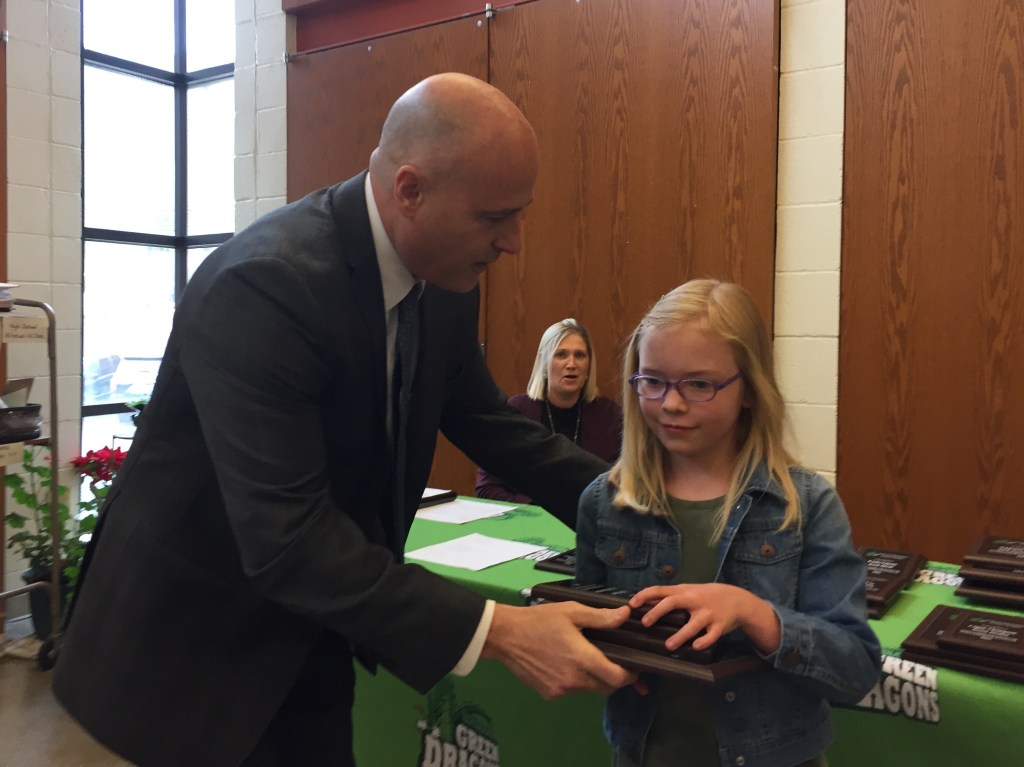 The Harlan Independent School Board began their April meeting by recognizing the school’s academic teams achievements.

“This is the busiest time of year for our students and families, so we appreciate everybody coming,” Morton said. “We’ve got a lot to celebrate. I want to start off by saying how proud I am of our students and schools and the academic achievement they’ve been able to accomplish this past year.”

Morton pointed out the district is in rebuilding mode.

“We’re bouncing back,” Morton said. “Our academic teams are leading the way in that effort.”

Morton advised the board wanted to recognize all three academic teams.

Morton mentioned there were over 100 plaques to award to the students in recognition of their individual academic wins. He also commended the elementary school academic team’s coaches, Brent Roy and LeAnn Chasteen.

“They have done a phenomenal job,” Morton said. “It’s a really big deal to win the region, and the elementary school and that team of coaches have helped us do that five consecutive years in a row.”

“Those two do a phenomenal job working with these students,” Morton said. “There are a lot of schools that participate in the Kentucky Governor’s Cup Academic Competition, and this year, the Harlan Middle School team went further than any school in our county. While they advanced to the state when they were there, the overall team got 8th place, which is the first top ten finish that we’ve had. Our quick recall team got 5th place overall, both are school and county records.”