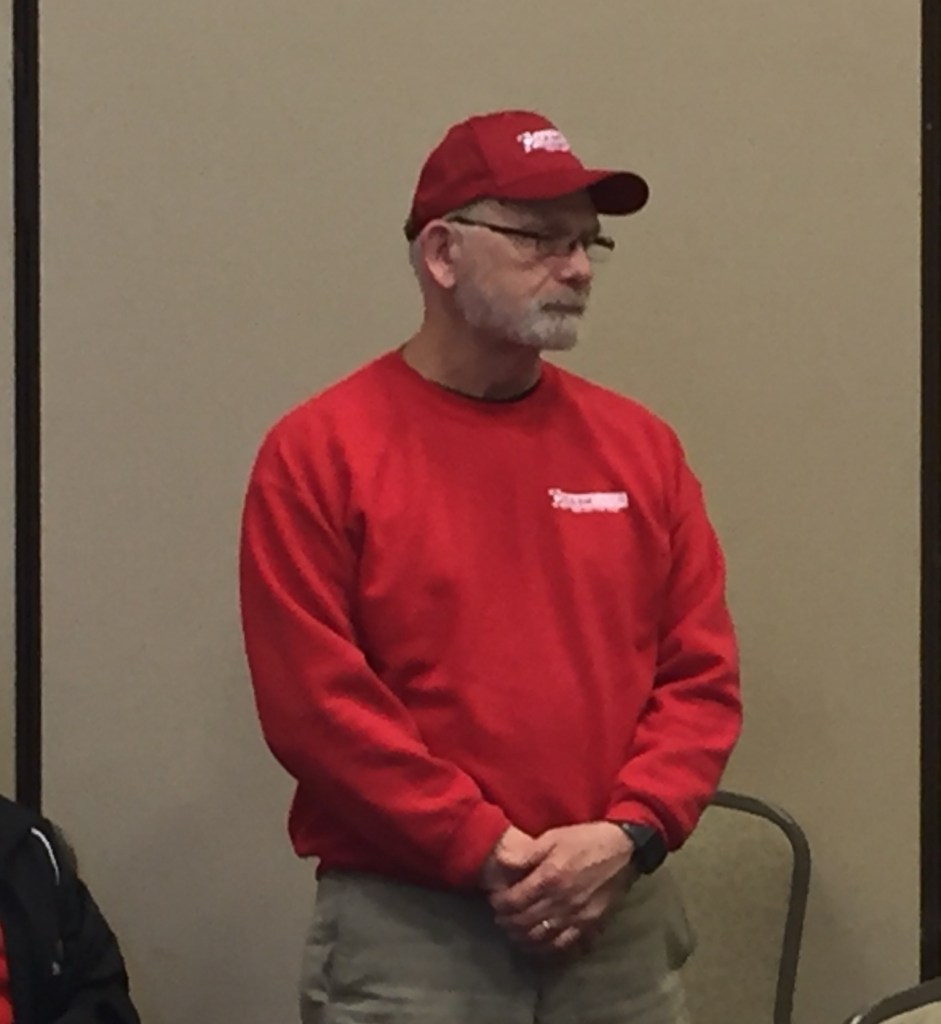 The Harlan City Council took a moment at the beginning of their April regular meeting to recognize a local business owner for his efforts toward implementing improvements to a longtime Harlan City business.

Mayor Joe Meadors called on Otis Jackson, owner of The Commissary and Cash Saver, shortly after calling the meeting to order.

“I’ve invited a gentleman here tonight who has invested a lot of his time and a significant amount of money into cleaning up one of our businesses,” Meadors said. “I think he’s also going to tell us about some additional plans he has for remodeling and renovating an existing business elsewhere in town.”

Meadors then asked Jackson to stand.

“If you all haven’t been in the Commissary or been in there at night, he’s done a remarkable job,” Meadors said. “For years if you went in there it seemed like you just went into a cloud of darkness and smoke…honestly, there were some hangers on outside that made it not desirable to go in and shop at times.”

Meadors told the council The Commissary is looking better than ever.

“We have done a lot of work at the Commissary, and we’ve still got a lot of work to do,” Jackson told the council. “We want people to feel safe there, and we wanted to make it look as good as we could.”

Jackson told the panel there are plans being made to upgrade the Cash Saver building as well, such as remodeling the inside of the store.

“We hope to make the outside of Cash Saver look as nice as The Commissary,” Jackson said. “It will be a little different…it’s important to us that the appearance be very nice.”

“The first time I came to Harlan, I was five years old,” Jackson said. “My mom brought us on the VTC bus…we came to Harlan and went into every shop.”

Jackson remembered at that time, every storefront in the city was open for business.

“That’s a big memory for me,” Jackson said. “I would like for that to be a memory for a lot of the kids that are here now.”

Jackson said he plans to add a sandwich shop inside the Commissary.

“I just want to let you know how much we appreciate your hope of a better Harlan,” Meadors said. “We’re going to start recognizing our merchants and people in the community who are putting their money into it and refurbishing some of these old buildings.”

Meadors added he can remember the streets of Harlan being packed.

“I was a kid back in those days,” Meadors said. “There were so many people on the streets, they were out in the streets. The sidewalks couldn’t handle all the people. That was a long time ago. I don’t know if it will ever be that way again, but we can sure be better than what we are now.”